The 35-year-old is hopeful the Rams will give him the chance to follow in the footsteps of the likes of former England team-mate Frank Lam... 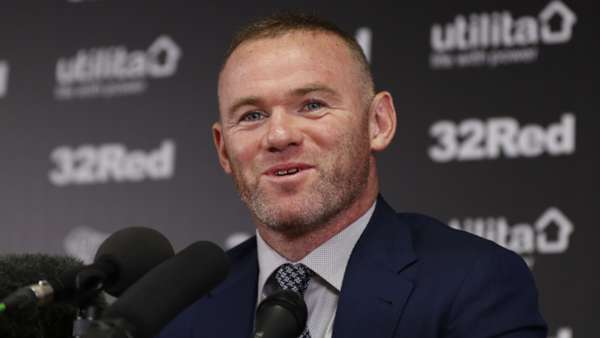 Wayne Rooney has made it clear that he wants to take over as Derby County manager on a permanent basis following Philipp Cocu's sacking, with the England icon having been installed as caretaker boss.

The Rams sit bottom of the Championship with six points from 11 matches so far this season, with only one win picked up throughout that run leading to Cocu's dismissal.

Skipper Rooney has been placed in temporary charge, adding additional responsibility to his roles as both player and coach, and the 35-year-old has left the club in no doubt as to whether he could see himself in the dugout full-time.

“I wouldn't be an ambitious person if I sat here and said I didn't want the job,” Rooney told a press conference. “We all come into this game to play football and then you have a decision to make: do you want to go into coaching or management?

“I've made it quite clear over the last few years that my ambition is to go into management, especially when you see the likes of Steven Gerrard (Rangers), Frank Lampard (Chelsea) and Scott Parker (Fulham) all getting good jobs and doing really well at it.

“We have to get the next two or three games out the way first, but if they go well it puts me in a better position to put our names forward for that role.”

Having played under one of football's most decorated managers in history in Sir Alex Ferguson, Rooney would have no shortage of influence to call upon if he was to be offered the Pride Park hotseat.

“I have worked with some very good managers and possibly the greatest of all time,” he added. “I am not going to say I am going to do it like Sir Alex Ferguson. You have to work with the players you have got and you have to manage players correctly.

“There is an opportunity to show the different ideas that you have. But there are things you can take from other managers.”

Rooney will be joined by fellow coaches Shay Given, Justin Walker and Liam Rosenior as the Rams prepare for Bristol City this weekend and the latter is convinced his colleague can go on to be a top trainer.

“It's one thing wanting the job, it's another thing are you the right man for the job and that depends on how the owners see the club moving forward,” former full-back Rosenior said.

“Wayne has unbelievable qualities. I have no doubt in my mind that he is going to be an exceptional manager.”