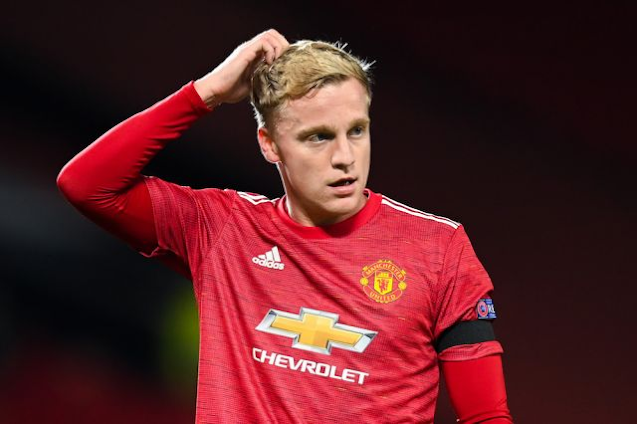 Ole Gunnar Solskjaer was satisfied with the impact made by new signings Donny van de Beek and Edinson Cavani in Tuesday night’s 4-1 win over Istanbul Basakeshir in the UEFA Champions League.

We haven’t seen a lot of the pair since joining the club, with Van de Beek left out of the starting line-up most weeks and Cavani not fully match fit, but on the back of a strong performance they could be set to start against Southampton on Sunday.

Van de Beek played 90 minutes for only the second time last night and is yet to start a Premier League match. His display against Istanbul Basaksehir should change that.

“I think the two of them are getting used to how we want them to play,” Solskjaer told BT Sport after the match, as cited by the official Manchester United website.

“Of course, Donny can play in different positions, Edinson is a good old fashioned number nine and we haven’t had that for a little while, and I was very happy with how Anthony Martial played off the left hand side again.”

A shock defeat in Turkey three weeks ago saw United go out in search of revenge last night.

Two goals from Bruno Fernandes got the Red Devils off to a perfect start and Solskjaer says the Portugal international is a player who ‘breeds confidence’ in his teammates.

These comments come around the same time Rio Ferdinand questioned United’s leadership on the pitch, which we acknowledge has been missing for years but Fernandes can’t do everything on his own.

Hopefully this is the when Van de Beek kicks on and earns his place in the team on a regular basis.