Southampton remain keen on a loan move for Manchester United left-back Brandon Williams, but they will face competition in January, claims a... 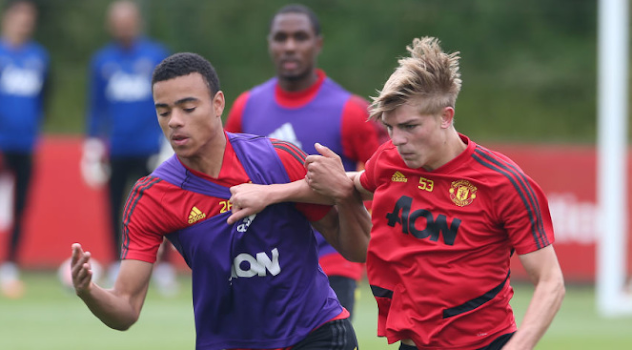 Southampton remain keen on a loan move for Manchester United left-back Brandon Williams, but they will face competition in January, claims a report.

Williams, 20, was a target for Saints in the summer, but Ole Gunnar Solskjaer refused to sanction a move for the breakthrough star.

However, Williams has only made the bench twice in the Premier League this season and Saints are tracking his situation.

The Athletic state Southampton are looking at a potential loan bid in January as they look for competition for Ryan Bertrand.

The defender broke into the first team last season and looked at home in the left-back berth. But Luke Shaw’s form and the £18m arrival of Alex Telles has seen Williams play just twice in the Carabao Cup.

Just how hard Williams will push for game time away from Old Trafford remains to be seen; Solskjaer’s stance may well soften if Telles can get up to speed quickly in the Premier League.

The new arrival has been hindered by injury and Covid-19, but he made his Premier League debut for United in the win against West Brom.

The Brazilian impressed and made 72 passes with an impressive average success rate of 83.3 per cent.

One potential stumbling block to a deal, according to the report is that United are reluctant to strengthen a “rival”. And with Saints in fifth place and three points above United they could be considered exactly that.

United will likely wait until January to make a decision and see where Southampton are in the table.

Another United player who could be loaned out in January is Dean Henderson.

He was included in Manchester United’s first-team squad this season to add competition to David De Gea. Having starred on loan at Sheffield United he was expected to push De Gea, but Solskjaer has stuck with the Spaniard.

However, De Gea has maintained his position as No.1 and Henderson has managed just three cup appearances.

The Sun reports the 23-year-old could be set for another loan exit with Leeds and Brighton monitoring him.

Henderson’s representatives are working to find a club willing to take Henderson on a long-term loan.

The young goalkeeper is still hoping to start for England at the delayed Euro 2020.