Ole Gunnar Solskjaer has selection dilemmas at the back and in attack, ahead of the trip to Southampton on Sunday, for various reasons. Wh... 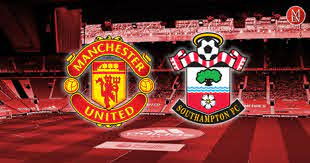 Ole Gunnar Solskjaer has selection dilemmas at the back and in attack, ahead of the trip to Southampton on Sunday, for various reasons.

While the Reds have in-form options in abundance going forward, after Tuesday’s impressive 4-1 beating of Istanbul Basaksehir, the squad is a little more stretched in defence, with three-quarters of Ole Gunnar Solskjaer’s most-picked back four this season out or doubtful.

Luke Shaw remains on the sidelines, with the left-back expected to return in mid-December after suffering a hamstring injury earlier this month.

Aaron Wan-Bissaka, who celebrates his 23rd birthday on Thursday, was substituted early in midweek, as was centre-back Victor Lindelof.

Ole’s comments on the pair after the final whistle suggested the changes were precautionary ahead of the clash with the Saints, but Lindelof has been struggling with a back problem in recent weeks, so it remains to be seen whether he’ll be present for the game on the south coast.

Should Lindelof not make it, Solskjaer may opt to pair Axel Tuanzebe with captain Harry Maguire in defence.

Tuanzebe replaced the Scandinavian at half-time on Tuesday and, as he is suspended for our next game, against Paris Saint-Germain on Wednesday, would have extra time to recover from this encounter.

Meanwhile, Brandon Williams and Tim Fosu-Mensah are available to deputise, if needed, for Aaron Wan-Bissaka at right-back.

In midfield, Paul Pogba’s potential involvement is in doubt, with the Frenchman missing the wins over West Brom and Basaksehir.

Our no.6 was pictured in training earlier in the week, but Solskjaer confirmed that the Frenchman's ankle had swelled up, rendering him unable to feature.

It’s better news for United in a more advanced area of the pitch, however, with more or less a full gamut of forwards to choose from.

While Jesse Lingard’s involvement may be in doubt – our homegrown midfielder was self-isolating earlier in the week as a COVID-19 precaution – Solskjaer is spoiled for choice elsewhere.

Edinson Cavani flourished in his first start for the Reds midweek, while Marcus Rashford struck his 75th goal for the club from the penalty spot and Anthony Martial proved a handful for old boy Rafael.

Mason Greenwood and Daniel James also impressed in cameos off the bench to give the boss food for thought in our last game before a busier-than-usual December, where squad rotation will be key.

Make sure you don’t miss Ole’s pre-match press conference for further updates – we’ll be streaming it live on ManUtd.com and in the Official App from 13:30 GMT.

NEWS FROM THE SAINTS’ CAMP

United’s defensive issues are soothed a little with the knowledge that Southampton’s top scorer, Danny Ings, won’t be around to lead the line on Sunday.

The former Liverpool man had an operation on his knee earlier this month, as a result of an injury picked up against Aston Villa, and won’t return until December.

Winger Nathan Redmond is also set to miss the game with a hamstring injury, as is youngster Will Smallbone (thigh).

Mohamed Salisu, the centre-back who signed in the summer from La Liga side Real Valladolid, is yet to appear for the Saints due to fitness issues.