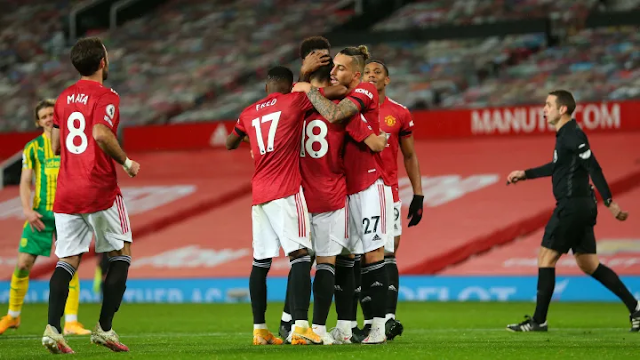 Southampton welcome Manchester United to the south coast on Sunday afternoon, as Ralph Hasenhuttl's men look to carry on their quality performances against an in-form United side.

Ole Gunnar Solskjaer's men have enjoyed an upturn in fortunes recently, as they have come out triumphant in their last three games. However, they come up against a Saints side who, since losing their opening two league games, have won five and drawn two.

The Red Devils will see this as a must-win game, as three points would help them close the gap between themselves and the top four, while Hasenhuttl will demand victory to continue to lay a solid platform for a European challenge.

Danny Ings (knee) is still absent for Southampton, while Nathan Redmond is also out with a hamstring problem.

For United, Marcus Rashford, Victor Lindelof and Aaron Wan Bissaka should all be fit to start. However, Luke Shaw is still out (hamstring) and Solskjaer admits Paul Pogba and Scott McTominay will likely not feature due to knocks.

Southampton have proved to be something of a surprise this season. Since the first two games, in which they picked up no points, they've gone on to climb up the table into fifth place, picking up 17 points in seven matches (W5, D2).

Hasenhuttl's men have shown no signs of slowing down in recent weeks, especially at home. The Saints have comfortably won their last three home games, all by two goals to nil, and they have the opportunity to make it four league clean sheets in a row at St. Mary's for the first time since February 2016.

United have had a little resurgence since the troubling week in which they lost to Arsenal at Old Trafford and away at Istanbul Basaksehir in the Champions League. They've won their last three, which will have instilled some confidence - especially the great showing in Europe on Tuesday night against Istanbul Basaksehir.

Solskjaer will go into this tie with high hopes, given the side's away form in the league, but will have to contend with the prospect of running low on fitness. The Norwegian's men will be playing their sixth match this month, while it will be Southampton's fourth.

Although Southampton have seen off recent visitors comfortably, an in-form United might be too much of an ask for Hasenhuttl's men. Solskjaer's side look tough to beat, especially away from home, while Southampton don't look ready to give up their unbeaten run. It might be a day for sharing at St Mary's.