Szoboszlai is a talent Manchester United have to pay attention to

With moves for Facuno Pellistri and Amad Traore, Manchester United addressed the need for young attackers who can bolster the club in the ... 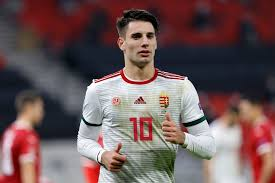 With moves for Facuno Pellistri and Amad Traore, Manchester United addressed the need for young attackers who can bolster the club in the future.

The side still need players who can come in and impact the team immediately, who won’t need a couple of years to develop into first team stars.

One player who United may not be able to ignore is Hungarian whizkid Dominik Szoboszlai.

Szoboszlai hit headlines with a last ditch solo goal to clinch his country’s qualification for Euro 2022 last week. It was a sign he is ready to step up to the big stage.

The Mail report Bayern Munich and Real Madrid are among the teams interested, with German legend Lothar Matthaus telling  Abendzeitung Muenchen: “He’s a gem, a guy like Kai Havertz. In Hungary he is already being compared to the great Ferenc Puskas. I’m convinced that every top European club has him on the list.”

Szoboszlai’s form for Red Bull Salzburg has been just as impressive.

This season in 13 games he has scored five goals and provided nine assists.

Last season he registered 12 goals and 18 assists, per transfermarkt.

At the age of just 20, Szoboszlai is a huge talent, already making waves in the Champions League this season with two goals in three matches.

Football London report amid interest from Arsenal, that the prodigious young talent has a release clause of just £22.5 million, with his contract set to run out in 2022.

At this kind of price, United should be rushing to snap him up and working out the fit afterwards. It is an outrageously low fee for a player of his quality.

Szoboszlai have play in different roles. Football Critic report how in his last 50 matches, he has made 24 starts on the left wing or left midfield, 22 in central or attacking midfield areas, and four starts on the right.

As such, he can fit United’s system on the left wing in a 4-2-3-1 formation alternating with Marcus Rashford, where the Red Devils lack proper cover.

There is little chance of him displacing Bruno Fernandes centrally, as Donny van de Beek is discovering, but there could be a role in the left central position in a diamond formation.

This was the role Paul Pogba took up successfully in the win at home to RB Leipzig. With the Frenchman’s contract expiring, United could add in Szoboszlai to play in a central creative role, which could work especially if Fernandes drops deep. 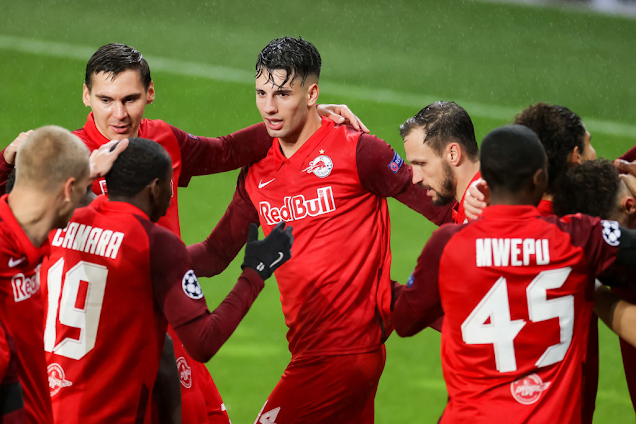 At just 20, Szoboszlai is outrageously talented and could cost less than a quarter of the price being demanded for Jadon Sancho. He would also be able to come in and contribute right away.

These are the types of shrewd deals United need to make, to add a bit of instant impact along with the multitude of deals for young academy players.

Szoboszlai is sensibly priced and United should be in the mix, rather than just standing by and letting him head to a domestic or European rival. The way he is playing right now, he is difficult to ignore.