The Manchester United Lineup That Should Start Against Southampton

Ole Gunnar Solskjaer takes his Manchester United side to the south coast on Sunday afternoon, in the hope of extending their excellent awa... 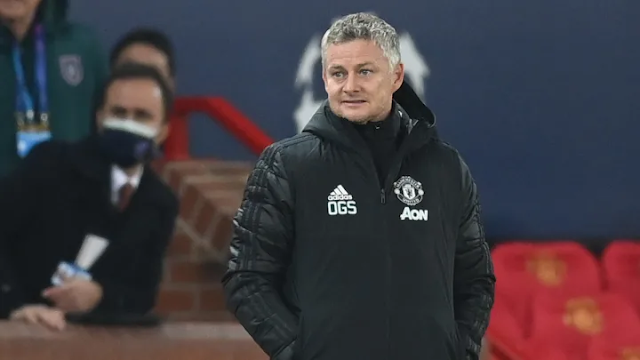 Ole Gunnar Solskjaer takes his Manchester United side to the south coast on Sunday afternoon, in the hope of extending their excellent away form in the Premier League.

Southampton play host to the United team that could set a new club record, as they look to make it eight consecutive away victories in the league. St. Mary's, however, is not the ideal place to set that record. The Saints have seen off their last three visitors by comfortable 2-0 scorelines, and sit in the top five after nine games.

Here's how we, at fotnetwork, think Solskjaer should line up his side this weekend.

David De Gea (GK) - The Spaniard is still firmly number one choice at the club, and will definitely start this one.Aaron Wan Bissaka (RB) - Came off in the midweek Champions League tie for precautionary reasons, but looks to be fit and ready to go this Sunday.Victor Lindelof (CB) - Was also brought off against Istanbul on Tuesday, but also looks set to continue as first choice in defence.Harry Maguire (CB) - Had an average game in midweek but the captain's place in the first XI looks very safe, and will certainly start as the left sided central defender.Alex Telles (LB) - When he's played, Telles has impressed Man Utd fans, and he'll get another opportunity to do just that this weekend.

Fred (CM) - With Scott McTominay absent, Solskjaer will likely stick with the Brazilian midfielder for some defensive stability in the centre of the park.Donny van de Beek (CM) - After impressing with a fantastic performance in the Champions League, the Dutchman looks likely to get a chance in the league.Bruno Fernandes (CAM) - The a shining light for United, and showed it on Tuesday night. Another world class, unselfish performance guarantees him a start on Sunday.

Juan Mata (RW) - He looks to be Solskjaer's preferred option on the right flank at the moment, and looks set to start against Southampton.Anthony Martial (ST) - The French international is still first choice despite the signing of Edinson Cavani. However, the Frenchman desperately needs a goal, as he hasn't scored in seven Premier League appearances.Marcus Rashford (LW) - Somewhat of a doubt, but the winger should be fit to start at St. Mary's. He had a good game in midweek, scoring a penalty, and was taken off after an hour. This seems to have been a precautionary measure and he looks set to feature on Sunday.