Troy Deeney has boldly claimed there is a ‘clear big club bias’ when it comes to VAR in the Premier League. The Watford striker’s verdict ... 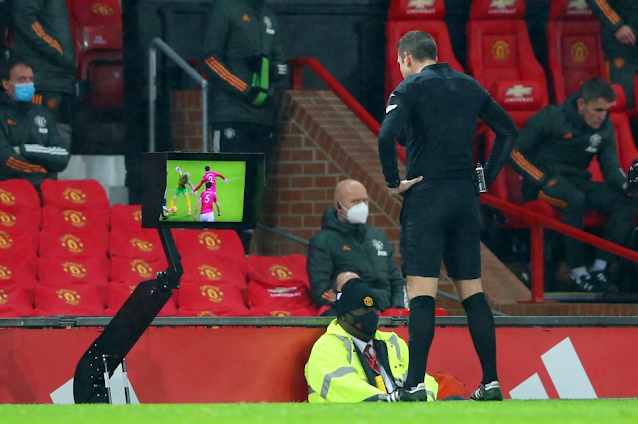 Troy Deeney has boldly claimed there is a ‘clear big club bias’ when it comes to VAR in the Premier League.

The Watford striker’s verdict comes after yet ANOTHER weekend of controversy, which saw Manchester United benefit from a number of calls in their narrow win over West Brom.

First, the Baggies were awarded a penalty after Bruno Fernandes challenged Conor Gallagher in the box, only for referee David Coote to change his mind and overturn the decision after being told to review the incident by the video assistant referee.

He even claims the Hornets have benefited from the same bias in the Championship this season, having been awarded a goal that should not have stood in their 3-2 win over Stoke earlier this month.

And he claimed: “I think there is still big club bias when it comes to VAR.

“Why? Because you’ve still got the human element of the referees there. They’re operating it.

“It happens. Look at the Man United game – the penalty has been changed. He gave a penalty, he went over there and wasn’t sure, and then he took the penalty away.

“If that was Man United, and Ally, please back me up here, if that was the other way around that penalty stands.”

Gunners winger Nicolas Pepe was sent off for a ‘brainless’ headbutt on Ezgjan Alioski, but the Leeds ace didn’t escape criticism, either, due to his ‘Oscar-worthy’ reaction.

Deeney, though, insists Alioski had to be theatrical, otherwise Pepe wouldn’t have seen red.

“I think he has to go down,” he said. “If the roles were reversed he would have been sent off, they would have been more inclined to look at it [if it was a Leeds player].

“If the Leeds player stays up, Pepe doesn’t get sent off, they would have just carried on.”

And McCoist couldn’t disagree with him.

“Do you know something, I would love to say you’re wrong, I genuinely really would,” said the Rangers legend.

Deeney added that referees are not explicitly to blame, though, saying the bias towards bigger clubs has built up over many years – and VAR just appears to have made it even more obvious.

“You go to play against these big clubs knowing that if there’s a 50/50, it’s probably going to be more 70/30 in their favour,” finished the Watford striker.

“It’s not that referees are doing it on purpose.

“We’ve got it this season in the Championship; Watford are the big team and we scored a goal that didn’t go over the line, but they gave us the goal because we’re the bigger team and if you scream loud enough it’s going to get more attention.

“I’m not getting on the referees, it’s just something that has happened.”