Three mistakes made against Istanbul which United can't afford to repeat

We’ve picked out three errors made on Matchday 3 that United cannot afford to repeat this evening. 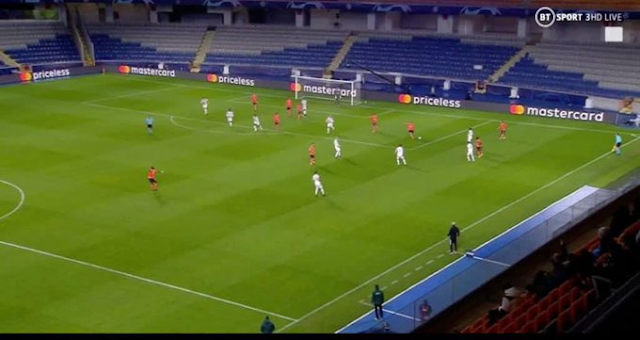 United conceded the most basic goal you could hope to see in elite football to go 1-0 down in Turkey.

Everybody went forward for a corner, leaving former Chelsea striker Demba Ba with over half the pitch to run into.

It would be an aberration if anything similar happens tonight, and we don’t expect it to.

On a more general point, United will likely be making most of the running tonight and it’s important we don’t overcommit and leave ourselves exposed on the break in open play.

Solskjaer made a host of changes for the first match against Istanbul.

Dean Henderson made his Champions League debut, Axel Tuanzebe came in at the back and Donny van de Beek played a deeper midfield role.

The team looked uncoordinated in the first half. Then Solskjaer moved Nemanja Matic to centre half, before making substitutions which made no impact in the second period.

Saturday’s performance against West Brom wasn’t good enough and Solskjaer may wish to send a message with a shakeup, but he can’t afford to take liberties again.

United had the right commitment and approach against PSG and RB Leizpig to get themselves into a great Champions League position.

In the trip to Istanbul, that mentality wasn’t there. It was treated like just another match, one in which United only had to turn up to win.

Tonight’s game is a must-win. That’s to stay top of the Champions League group and improve a dismal home record this season.

The attitude has to be right, especially on the back of an underwhelming weekend performance.