The star of our latest UTD Podcast, Brandon Williams, was only seven when Manchester United won the Champions League in 2008 – yet he has vi... 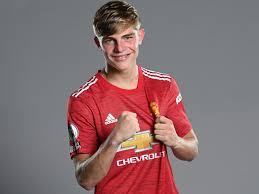 The star of our latest UTD Podcast, Brandon Williams, was only seven when Manchester United won the Champions League in 2008 – yet he has vivid memories of that rainy night in Moscow.
Our tough-tackling defender admits that he was not a huge fan of football during his earliest years, when he favoured cars instead, yet he supported the mighty Reds through family allegiances.

When Sir Alex Ferguson’s team walked out at Luzhniki Stadium, Brandon was glued to his TV and explains during his UTD Podcast how our dramatic success in Russia upset his grandma.

“That is the memory when I think of football years ago - that is the first memory I get,”

“I was at home. My mum and dad went to the pub to watch it with their friends. 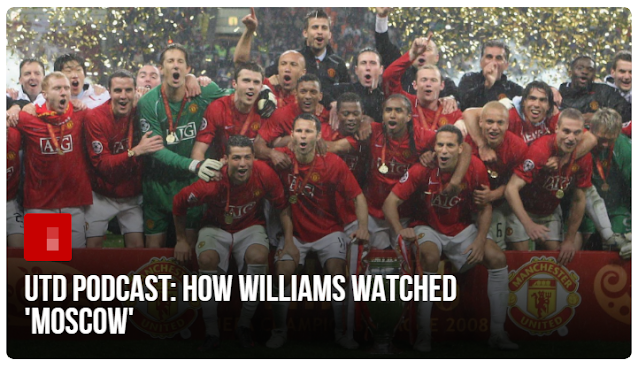 “My nana was babysitting me because my nana just lives a few doors down. So she was round with me and it was a late kick-off. The game obviously went to penalties, as we all know, and it was getting later and later. My nana was begging me to go to bed!

“She didn't really understand what type of game it was. I don't think she really understood. I was like, 'no Nana, I have got to watch this, it’s just penalties and there will only be five penalties'.

“There ended up being loads of penalties! That was my first memory. I just remember screaming by myself as a young kid in the living room and my nana not having any idea what was going on.”

Brandon’s passion for football became all-encompassing after a chance match while at primary school, when he filled in as an emergency substitute to ensure the game went ahead. The team was losing when Williams was thrown into the action: he scored a hat-trick and they won the game!From then onwards, the young Mancunian fell in love with the beautiful game and went on to sign for the United Academy, training regularly at The Cliff as he enhanced his education.  As Brandon explains during his UTD Podcast, the occasional trip to the Aon Training Complex provided an opportunity to meet his heroes who had triumphed on that night in Moscow.

“At that age, our training was more at The Cliff but when you got the opportunity to come here to the Aon Training Complex it was like playing in a Champions League final at that age,” he says.

“Coming to where the likes of those players were playing, sometimes they might come across and you wanted a photo with them. Seeing players like that, they were your idols and at that time they were the biggest players in the world. So you were looking at them, wanting to play with them, to train with them and that pushed you even more.”