Rooney, 35, has opened up on how he was able to use the Magpies' interest in him to force the Red Devils' hand and seal his move t... 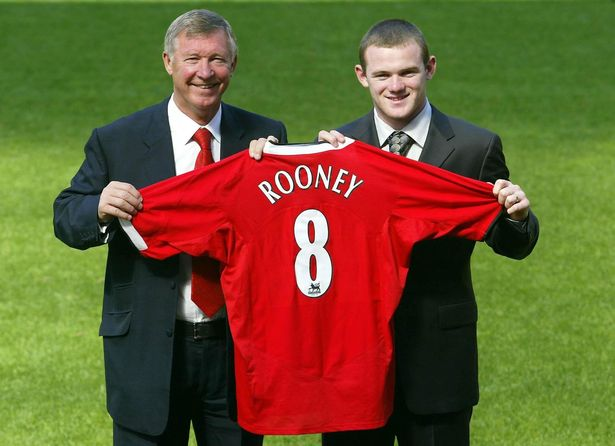 Rooney, 35, has opened up on how he was able to use the Magpies' interest in him to force the Red Devils' hand and seal his move to Old Trafford in the summer of 2004

Wayne Rooney has opened up on how he utilised Newcastle's interest in him to seal his move to Manchester United in 2004.

After impressing for Everton with nine goals in the Premier League in the 2003/04 campaign, Rooney was highly sought-after by numerous clubs.

“I knew it [joining United] was an option before Euro 2004,” Rooney told the UTD Podcast . “I knew Manchester United wanted to sign me.

“I think going to the Euros and doing well there probably added a bit more money onto the transfer fee but I broke my foot and found out a few things.

“Everton were really struggling for money at the time and I found out they were listening to offers from people as well.

“They were trying to push me to sign for Chelsea because they were going to pay the most money. But, once I knew United were interested, I wanted some confirmation that they did want to sign me.”

Rooney went on to win 11 major honours for the Red Devils and scored a club-record 253 goals over 559 games.

But it took an ultimatum to force through the move in 2004 and allow Rooney to join Sir Alex Ferguson's side amid interest from Newcastle and Chelsea.

Rooney added: "Once I knew they did want to sign me, it was the only club [for me] as I wanted to work with Sir Alex Ferguson and play with Ryan Giggs, Paul Scholes, Roy Keane, Rio Ferdinand, these players, so I knew where I wanted to go.

“It was 40 minutes from my home, where I grew up, as well and it was a perfect fit for me. United actually wanted to wait a year, until the following year, but then Newcastle came into talks with Everton and with myself.