When it comes to making blocks on a football pitch, nobody can compare to Manchester United right-back Aaron Wan-Bissaka. It is a key featur... 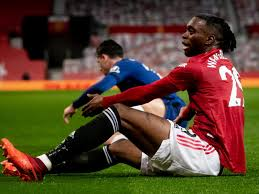 When it comes to making blocks on a football pitch, nobody can compare to Manchester United right-back Aaron Wan-Bissaka.

It is a key feature as he was second overall in the Premier League with Crystal Palace in 2018/19, the season when he really made his mark.

Last term, his first as a Red, saw him make two fewer blocks than in his previous campaign - but it was more than any other player in the entire division. 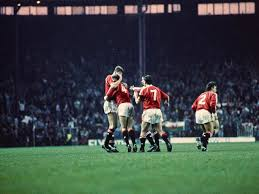 United missed the opening game of this season (at Burnley) due to being allowed extra time to prepare following our Europa League exertions, yet Aaron is still top of the table for blocks on the FBRef.com website.

The Spider has streaked four clear of his nearest rival, Chelsea's N'Golo Kante, with four players one behind the World Cup winner, including our very own Luke Shaw. This shows both full-backs are working hard to stop crosses and passes forward.

In the Champions League, a new competition for Wan-Bissaka, he still ranks highly in terms of blocks, which is pretty remarkable considering Istanbul Basaksehir did not threaten too much in the second half of our tie in Turkey as they successfully held onto their 2-1 lead.

One of our opponents that day, former Reds favourite Rafael, is joint-top in this regard, along with RB Salzburg's Enock Mwepu. Aaron is one adrift, a figure matched by another ex-United man, and Group H rival, in Paris Saint-Germain midfielder Ander Herrera.

Last season, Wan-Bissaka was the leading man for tackling in the Premier League, and this is something we always associate with his game as 'The Spider' manages to stretch his long legs into making effective sliding challenges.

He has made 11 tackles in the Champions League, five short of Internazionale's Arturo Vidal, and 21 in the Premier League, with Bruno Fernandes only one behind and Shaw on 18. Keep up the good work, Aaron!

The nation will fall silent at 11:00 GMT to remember those we lost at war, including the Newton Heath and Manchester United men who sadly died in conflict.Later, a number of current Reds will be involved in international matches that you can follow via our Official App and ManUtd.com. Those games include Netherlands v Spain, Portugal v Andorra and France v Finland, which all kick off at 19:45 GMT.Victor Lindelof was originally been set to represent Sweden in their match against Denmark at 18:30, but the defender is now not available due to precautionary measures regarding coronavirus.

WHAT HAPPENED YESTERDAY?We reported an exclusive update on the injury that Luke Shaw sustained during last weekend’s win over Everton at Goodison Park – and unfortunately it wasn’t good news for the left-back.On a more positive note, the club announced it has entered a strategic partnership with lesbian, gay, bi and trans equality charity Stonewall, signing up to the Diversity Champions programme.

We also published the latest edition in our popular UTD Unscripted series, with former United winger Andrei Kanchelskis remembering his famous hat-trick against Manchester City in 1994.Finally, just for fun, a series of polls were opening asking fans to form an iconic starting XI by choosing between legends of the 1990s and 2000s – and the results were absolutely fascinating!