Marcus Rashford played on the right wing for the first time in 18 months and scored for Man United against Istanbul Basaksehir. Marcus Ras... 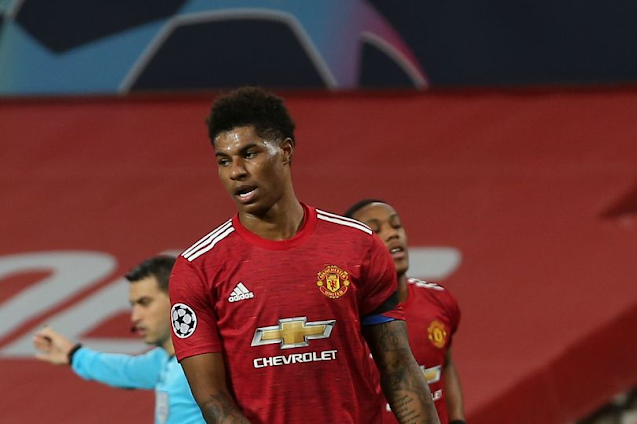 Marcus Rashford played on the right wing for the first time in 18 months and scored for Man United against Istanbul Basaksehir.

Marcus Rashford could start on the right wing more often for Manchester United after his impressive display in their 4-1 Champions League victory over Istanbul Basaksehir.

Rashford was selected on the right-hand side for the first time since United were thrashed 4-0 by Everton in April 2019 but thrived against Basaksehir and claimed his eighth goal of the season from the penalty spot.

United bought two right wingers in the summer in 18-year-olds Facundo Pellistri and Amad Diallo but Pellistri has only played for the Under-23s and Atalanta prodigy Diallo is not due to arrive in Manchester until January.

Despite intense interest in Jadon Sancho, United failed to recruit a ready-made right winger, having also had a bid rejected for Watford forward Ismaila Sarr. Rashford has seldom performed from the right but was comfortable playing there on Tuesday night.

"He played really well and he gives us the penetration and gives us another type of forward on the right side," Solskjaer said. "When Mason comes on, he's a different type with the left foot coming inside. Marcus can drive more on the outside and put some crosses in.

"And I thought the balance with Anthony on the left and Marcus on the right worked in this game because we were all disciplined and played in our positions. I was really happy with how we approached the game.

"Defensively, the pressure was good and we made it hard for them to play."

Usual penalty taker Bruno Fernandes allowed Rashford to take United's 35th minute spotkick even though he was on a hat-trick but the Portuguese is still a goal ahead of Rashford this season.

Fernandes, 26, has netted 21 goals in 34 appearances and has been involved in 34 goals since his £68million switch to United in January - 16 more than his nearest teammate.

"Of course we see him every day in training," Solskjaer said of Fernandes. "We knew what we were gonna get when we brought Bruno into the team: he's a player who likes to take risks, he likes to create chances, he likes to score goals, he's a winner and wants team to win and do well.

"And it shows today that he can do more than just take penalties!"