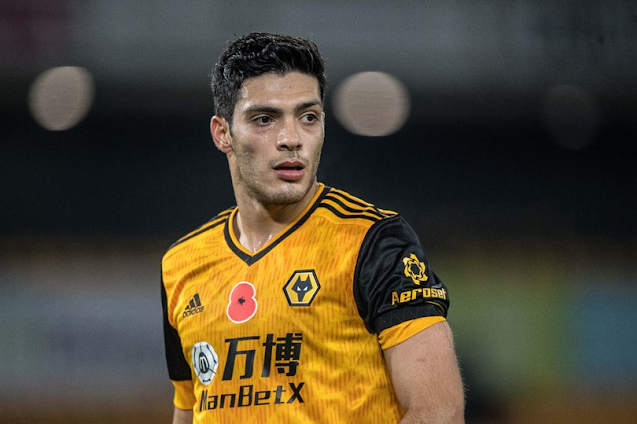 Wolverhampton Wanderers striker Raul Jimenez has said that Man United were previously interested in signing him.

Wolves striker Raul Jimenez has confirmed that Manchester United made an approach to sign him, though a deal never came close to completion.

United have been on the hunt for a new long-term striker for the last two windows but on both occasions have had to settle for short-term alternatives.

After failing in a move for Erling Braut Haaland in January, Odion Ighalo was instead brought in on loan. A number of names were then linked with a move this past summer, but eventually veteran Edinson Cavani was signed on a free following his release from Paris Saint-Germin on a one-year deal.

One striker United have repeatedly been linked with over the last year is Jimenez, who has taken the Premier League by storm since Wolves signed him from Benfica in 2018.

In 108 games for the Black Country club the Mexican has netted 48 goals, as well as laying on 18 assists, which has made him one of the most deadly strikers in the country.

Now Jimenez has revealed that United have shown interest in signing him, though he insists he is happy at Wolves.

"One day I woke up and Juventus wanted me, another Manchester United and what I know is that there were approaches made," Jimenez told TUDN

"But an agreement was never reached and nothing was close. I'm very happy at Wolves.

"The truth is I am very happy in Wolverhampton. It's never wrong to be in a place where you are well but they know that I am not satisfied [with my form], I always look for more.

"It [a move] did not happen this time. If it happens at some point then it will have to be what is best for me, for Wolves and the team that I join.

"But I am very happy at Wolves and being considered a very important player."