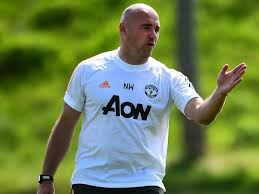 The competition has been a fabulous learning experience for the youngsters and Neil Wood's Under-21s side are already guaranteed a place in the knock-out stages.

Although a top-two place is secure, a point is required in the 18:30 GMT kick-off at the Mazuma Stadium to knock Salford City off top spot.

The game will be played on Thursday morning as the Reds look to build on the 6-0 victory over Salford and penalty shoot-out success at Rochdale.

For lead coach Wood, the match presents the perfect opportunity to rotate his squad and provide fresh challenges against senior opposition to further their footballing education.

“There might not be so much football. We might have to defend direct balls and it'll be more physical. We have to find a way to cope with it.

“Generally, we did that last year and we've got enough quality and character in the squad to be able to cope with it again this season.

“We've done some prep on Morecambe and what to expect and how to impose ourselves and make an impact with the way we play.

“It should be an interesting game. The pressure is off a little bit, as we have qualified, although we would like to top the group. It's a new stadium and an earlier kick-off which the boys are not quite used to. We feel we're well prepared for what is going to come from them and well prepared how to play out the game.

“We're coming up against players with a good number of appearances under their belts and it's an experience which can only test our young players more than they are being tested.”

If the game is a draw, penalties will be required to decide who picks up the extra bonus point.