One of the Premier League's biggest rivalries returns to the spotlight, with more than just pride at stake at Old Trafford. Ole Gunnar... 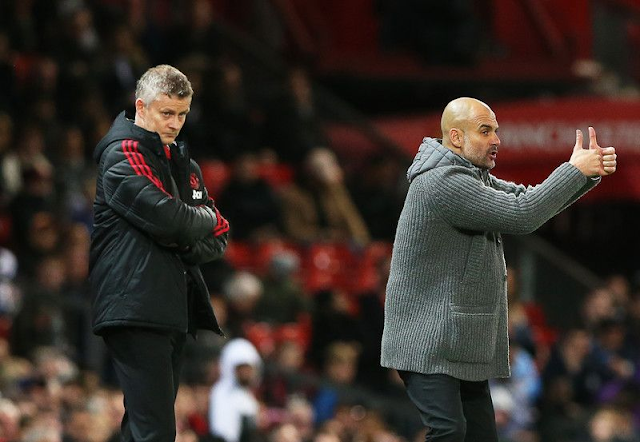 One of the Premier League's biggest rivalries returns to the spotlight, with more than just pride at stake at Old Trafford.

Ole Gunnar Solskjaer finds himself under mounting pressure in the Manchester United hot seat, and Saturday’s derby clash at home to Manchester City presents a new level of risk for his position.

The Red Devils exited the UEFA Champions League following a 3-2 defeat at RB Leipzig on Tuesday, having failed to take the necessary point from their final two group games. City fared better in a more straightforward pool and advanced to the last 16 at the top of their class, with morale flying high in Pep Guardiola’s camp ahead of their trip to Old Trafford.

United have won their past four Premier League games and sit sixth in the table—with a game in hand over those above—but their loss in Leipzig was an all-to-familiar reminder of the frailties often holding this team back, per Daniel Storey:

Still, this fixture may provide Solskjaer’s (temporary) salvation just as it could be seen as his undoing. United beat the Citizens home and away last season to achieve a league double over their arch nemesis for the first time in a decade, with Anthony Martial and Scott McTominay doing the damage when they last met in March.

What TV Channel is United-City on?

The first Manchester derby of the season will air via NBC and Telemundo from 12:30 p.m. ET. You can live stream Premier League matches on fuboTV.

City triumphed in only one of the four clashes between these teams during the 2019-20 season, though that 3-1 win in the first leg of their Carabao Cup semi-final set them up to oust their rivals from the running. In fact, Guardiola’s side had won in three consecutive visits to Old Trafford prior to that collapse nine months ago, his first defeat at the Theatre of Dreams since coming to City.

Eric Garcia and Ilkay Gundogan are doubts for City in defense and midfield, respectively, though Sergio Aguero should play some hand after scoring on his return from injury in midweek. The South American snagged City’s second en route to a 3-0 mauling of Marseille, although Guardiola said it’s still too soon to expect a return to his starting XI:

United attackers Martial and Edinson Cavani did not feature in Leipzig due to injuries, and it’s uncertain as to whether either will return in time for the derby. Paul Pogba, Marcus Rashford and Mason Greenwood each got on the score sheet when United came from behind to beat West Ham United 3-1 in Week 11, and there’s a chance the trio will all start against City.

Another selection headache in front of Solskjaer lies at the other end of the field, with pressure around David De Gea also creeping after another shaky display in midweek. Dean Henderson has his share of support to replace the Spaniard between the posts, although the switch may not come in a match of this importance.