(via getty images) Manchester United will look to notch up a win against lowly Sheffield United and in the process capitalise on a poor Ma...

Manchester United will look to notch up a win against lowly Sheffield United and in the process capitalise on a poor Matchday for their immediate rivals.

United can move up to 6th with a win and a victory by a margin of 3 goals can propel them up to 5th. But Ole will not be worried about that right now and will look to bag 3 points.

The Red Devils have been decent in the Premier League, especially away from home and are being heavily backed to see off any challenge put up by Sheffield.

Edinson Cavani is unlikely to be risked ahead of a run of 16 days where Manchester United will play 6 games.

Anthony Martial made an appearance off the bench against City and should start in the Man United lineup tonight.

United’s back-up defensive contingent has been dealt a blow, however, with Marcos Rojo and Phil Jones suffering setbacks in their rehabilitation. Sergio Romero is also back in training and could join the first team in a month.

David de Gea will start in goal. He had a surprisingly quiet time against Manchester City but the clean sheet would have come as a boost. Expect another clean sheet against The Blades.

The backline is not expected to see much change. Aaron Wan-Bissaka will start at right-back in the Man United lineup while Victor Lindelof and Harry Maguire are expected to remain the central defensive pairing.

There is a slight chance that Ole might pick Alex Telles as the more attacking option at left-back. It will also afford Luke Shaw a breather before the exciting match-up against Leeds United in the weekend.

We could see a couple of changes in midfield.

Ole’s go-to pairing against the more difficult opponents seems to be Fred and Scott McTominay. The pair could get a breather here. Paul Pogba is expected to retain his place and could be joined by Nemanja Matic in central midfield.

Bruno Fernandes seems crucial to United’s chances against any team and should feature in the Man United lineup as the most advanced midfielder.

Marcus Rashford and Mason Greenwood should be stationed on the flanks while we expect Anthony Martial to feature from the start as he spearheads the Man United lineup. 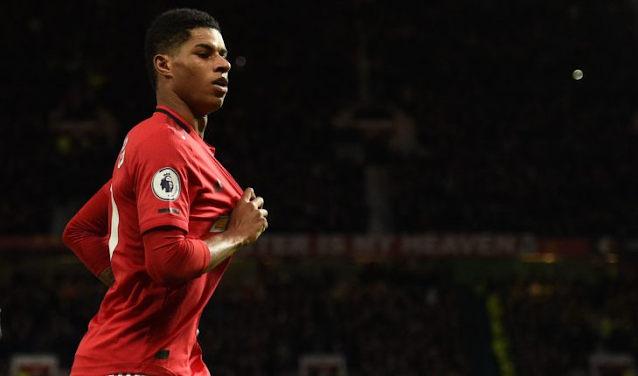