Manchester United boss Ole Gunnar Solskjaer will be hoping that their encounter with West Ham United on Saturday evening will be more stra... 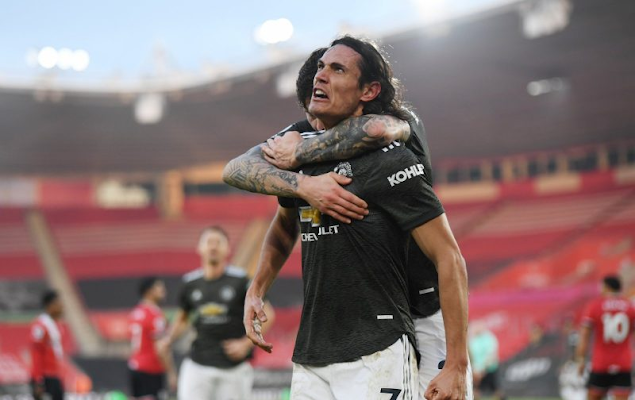 Manchester United boss Ole Gunnar Solskjaer will be hoping that their encounter with West Ham United on Saturday evening will be more straightforward than his side’s dramatic win over Southampton last week.

After finding themselves 2-0 down at half-time, United completed an impressive second-half comeback, inspired by substitute Edinson Cavani.

United’s performances this season have been far from convincing, with their current league position of 9th reflecting their stop-start campaign.

Their opponents on Saturday, West Ham, are up to an impressive 5th in the league after seeing off Aston Villa 2-1 on Monday.

A win for United could place them within the all-important European qualification positions, while victory for West Ham could see them rise to third.

We take a look at three United players who could play a key role against the Hammers at the London Stadium.

An obvious choice for our top three after his superb performance at St. Mary’s last week, Cavani’s natural goal-scoring instincts could prove to be a real handful for West Ham’s defence. The Uruguayan’s two second-half headers demonstrates that United have a clinical striker on their books – an asset which could prove to be invaluable if they are to mount a charge for the Champions League spots. If Cavani starts, West Ham’s defensive duo of Fabian Balbuena and Angelo Ogbonna will have to be on top of their game to guard against the striker’s clever movement.