Alan Shearer has urged Manchester United to consider signing the likes of Erling Haaland or Kylian Mbappe to strengthen their attacking options next year.

The Red Devils played out a goalless draw with bitter local rivals Manchester City at Old Trafford in the Premier League on Saturday evening to leave them off the pace in the race for the title.

Manchester United strengthened their attacking options in the summer transfer window with the signing of Edinson Cavani on a free transfer, but the 33-year-old has only started one Premier League game for the Red Devils so far.

The Red Devils are likely to be linked with a host of potential signings in the January transfer window as Ole Gunnar Solskjaer considers bolstering his squad for the second half of the campaign.

Former England star Shearer believes that the Red Devils should add to their attacking options next year to five them more firepower up front.

Speaking on Match of the Day, Shearer said: “Cavani, they’ve got him. He’s 34 in February.

“[Mason] Greenwood may be that man in two or three years time because he’s got fantastic potential. But I think they need a top class centre forward in this team.

“Greenwood and [Marcus] Rashford should be in and around that six yard box, there’s no one there, no one at all, nothing on for Bruno.

“He needs more options, he needs a forward in there who will put the ball in the back of the net.

“They’ve got to get in there more often. It was far, far too easy an afternoon for Stones and for Diaz. That’s what I think they’re lacking and it showed today.”

Asked who he would sign for Manchester United if money was no object, Shearer replied: “Haaland or Mbappe.”

Manchester United are back in Premier League action on Thursday night when they travel to face Sheffield United. 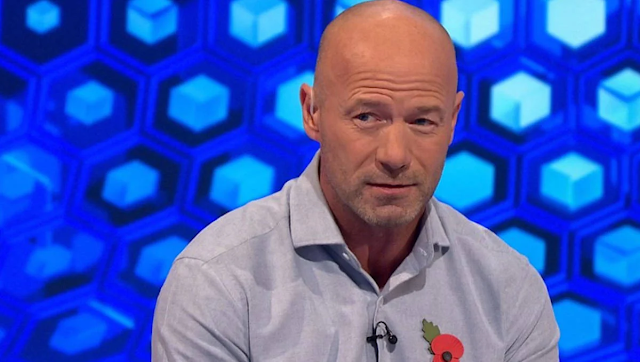