The Red Devils have managed only one goal in four Premier League games against 'Big Six' clubs this season and registered just two...

Alan Shearer named Erling Haaland and Kylian Mbappe as two "top-class" strikers Manchester United should pursue after they played out a goalless draw with Manchester City.

United have scored freely in many of their matches against so-called weaker Premier League sides this season, but have struggled in front of goal against 'Big Six' clubs.

The Red Devils have managed just one goal across their fixtures with Tottenham, Chelsea, Arsenal and Manchester City, and registered just two shots on target in Saturday's derby.

Shearer believes United's strike force of Mason Greenwood and Marcus Rashford is not making the most of Bruno Feranandes' creativity.

"Cavani, they’ve got him. He’s 34 in February," Shearer told Match of the Day . "Greenwood may be that man in two or three years time because he’s got fantastic potential.

"But I think they need a top-class centre forward in this team.

"Greenwood and Rashford should be in and around that six yard box, there’s no one there, no one at all, nothing on for Bruno.

"He needs more options, he needs a forward in there who will put the ball in the back of the net.

"They’ve got to get in there more often. It was far, far too easy an afternoon for [John] Stones and for [Ruben] Dias. That’s what I think they’re lacking and it showed today."

Shearer was then quizzed on who he would bring to United in an ideal world and replied: "Haaland or Mbappe."

Borussia Dortmund's Haaland and Paris Saint-Germain's Mbappe are the two most exhilarating attacking prospects in Europe.

United were recently handed an unexpected boost in the race for Mbappe, while the Red Devils are set to battle Manchester City for Haaland's signature next summer. 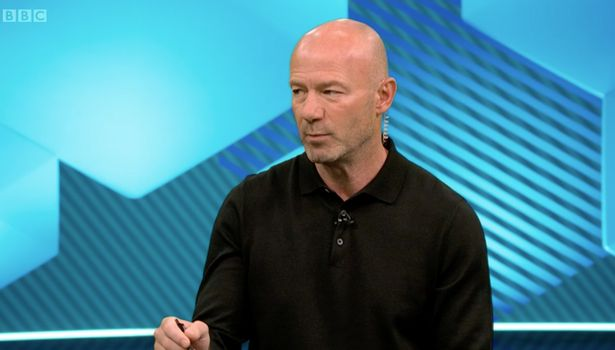