Angelino is set to face off against Manchester United in the Champions League and has issued a transfer message Manchester City loanee Angel... 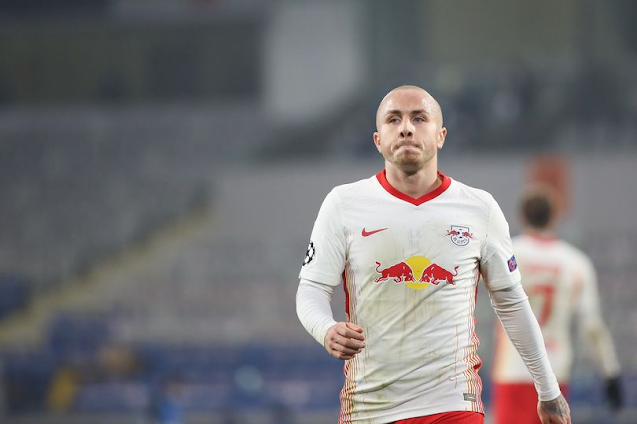 Manchester City loanee Angelino has discussed his happiness at RB Leipzig ahead of the Bundesliga side's crucial Champions League tie against Manchester United.

Leipzig host United in a winner-takes-all final group-stage match, where Ole Gunnar Solskjaer's side require a point to seal their spot in the knockout stages of the competition.

Having hit five past the German outfit in the reverse fixture at Old Trafford, United will be confident going into the game after hitting a winning streak in recent weeks.

However, Angelino has made it clear the squad is not focusing on that result and are keen to secure redemption in order to progress into the latter stages.

"It's a really important game. Conceding five goals in Manchester was a tough blow, but we're not looking back on that anymore," he told a pre-match press conference.

"Our focus is on our final Champions League group game on Tuesday and we want to avenge the result from the reverse fixture and reach the knockout stages!

"Both teams could qualify or go out on Tuesday night. It's a special game with a big chance for both teams. We need to be fully focused and can't afford to make any mistakes."

Asked about his time at the club, having signed for a second loan spell after spending the second-half of last season with Julian Nagelsmann's side, he added:

"I love it here in Leipzig. I get a chance week in, week out to show what I can do. I'm really happy!"