Manchester United have a long-standing interest in signing Sporting CP’s Nuno Mendes, but the deal is proving to be more complicated than ... 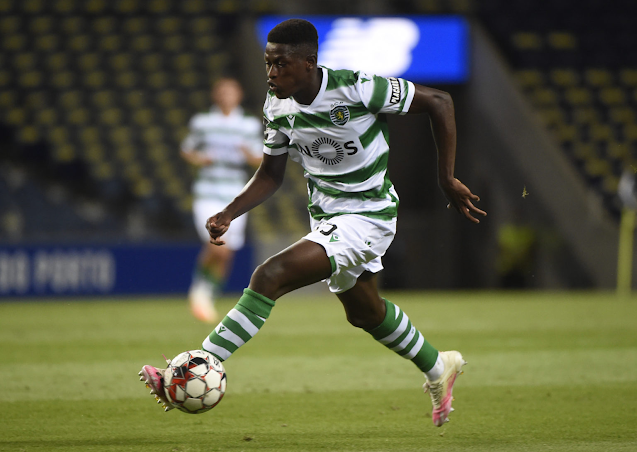 Manchester United have a long-standing interest in signing Sporting CP’s Nuno Mendes, but the deal is proving to be more complicated than initially expected.

A Bola (via SportsWitness) reports that Sporting are hoping to ‘drive away’ interest from United for their prodigious talent. Mendes signed a new contract with Sporting in the summer with a €45m release clause which expires in 2025.

Sporting want to sign Mendes to an improved contract with a higher release clause, while also increasing his €14,000-a-week salary. The 18-year-old left-back has become a regular starter in the team and has started eight games in the Portuguese league this season.

European clubs have caught the whirlwind surrounding Mendes’ recent performances. Other than United, Arsenal, and Liverpool are interested too.

Mendes is represented by Miguel Pinho, the same man who masterminded Bruno Fernandes’s transfer to United.

United’s left-back spot is perfectly stacked up with squad depth. United signed Alex Telles in the summer for a fee of around £15.4m. They also have Luke Shaw and Brandon Williams in the ranks, unless United are looking to move out Shaw.

Williams can deputise at right-back in an emergency, while Shaw – despite United’s long-term investment in him – is injury-prone.

Even then, Mendes would not be a priority. If United are looking to upgrade their defence, signing a centre-back that is an upgrade on their current options is a much higher priority.

Dayot Upamecano (€45m release clause) or David Alaba would be much better options, assuming United are able to secure their signings.