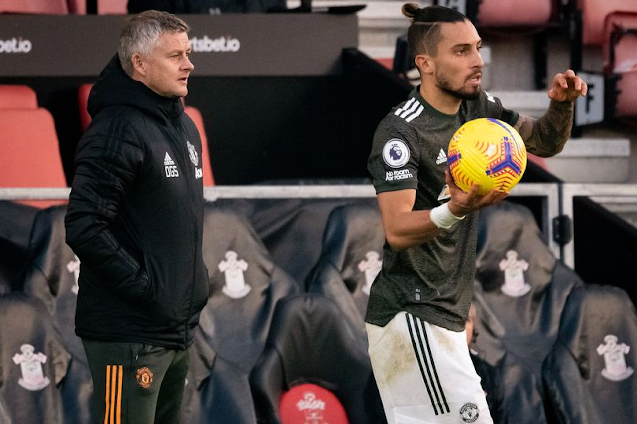 Manchester United are likely to pick as strong a side as possible for their Champions League encounter with Paris Saint-Germain on Wednesday night.

Ole Gunnar Solskjaer confirmed that David de Gea is available for selection, after hobbling off at half time in United's 3-2 win over Southampton at the weekend. Anthony Martial, Scott McTominay and Paul Pogba may all be available as well as Solskjaer claimed he had "a big group" training and ready for selection against the French champions.

But United may well stick with Dean Henderson in goal as a precaution, with McTominay possibly coming into the midfield in place of Nemanja Matic. Edinson Cavani could make his first United start, against his former club PSG and Donny van de Beek is likely to be named in the starting XI again.

The only confirmed absentees for United are the suspended Axel Tuanzebe and the ineligible Sergio Romero and Phil Jones.

"You expect when the Champions League nights come and floodlights are out and fans are not there but the players all want to be there," Solskjaer said in his pre-match press conference on Tuesday.

Speaking to United's in-house media on the recovering Luke Shaw, Solskjaer added: “Luke is probably the biggest doubt but the rest of them are holding their hands up saying: 'I'm ready'. Luke isn't too far away so let's see what we do with him for tomorrow. Then, of course, Phil has been away for a long time but now we're getting more and more players ready to participate in every game.”

United need a solitary point to qualify for the knockout stages, with a victory almost certainly enough for Solskjaer's men to win group H.

"The quicker you can qualify the better," Solskjaer added. "With a win we'll win the group, that's our intent. We want to go out there with our style: attacking intent and defending well against a top team with some top individual players.

"But our mindset is win this game and we've won the group."