The Blades boss is insisting he gets a reaction from his players at Bramall Lane tonight after a below-par performance against Southampton... 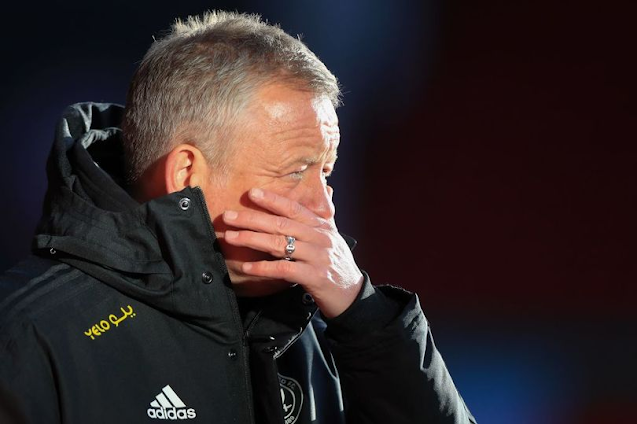 Sheffield United are in desperate need of points in their bid to secure a third season in the Premier League, but there is also something else that is a major concern to manager Chris Wilder.

The Blades boss did not like the manner of their last defeat on the south coast against Southampton on Sunday.

His side suffered a 3-0 defeat with a performance that never troubled the home side and was a far cry from any of the ones we have seen this season.

Although yet to win a match, all the defeats, apart from Chelsea, have been close and United have more than been involved.

They offered plenty of hope that that elusive first win was just around the corner.

However, all lights looked to have gone out at St Mary's and Wilder knows there has to be a reaction from his players tonight if they are to maintain belief they can turn their season around.

With matches on the horizon against Brighton, Everton and Burnley, Wilder insists that if United cannot get anything from this evening's encounter, they have to produce a performance that gives something to cling on to going into these final three games of the year.

"We have got to give ourselves something to cling on to.

"There has got to be a reaction.

"The players understand clearly my frustration at that performance regardless of how good Southampton are.

"We have to do so much better.

"That game can happen. It happened in the Championship and it happened when we went up in League One, there can be a performance like that, but there has to be a quick turnaround.

"Obviously, it's alarming if there isn't because I am expecting one because, for me, that was way off what we are about.

"I can take the West Brom defeat, the West Ham defeat - I can take all the defeats this season, with a comfort that that was a really competitive game.

"But I don't think we did enough with or without the ball against Southampton to be as competitive as I expect us to be to our standards."