Danny Welbeck broke through at Man Utd several years before the emergences of Marcus Rashford and Mason Greenwood. Danny Welbeck says he is ... 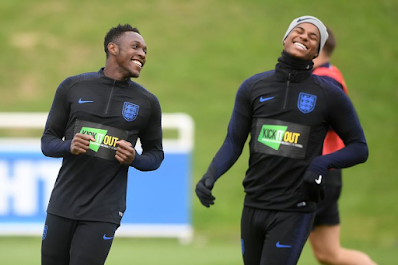 Danny Welbeck broke through at Man Utd several years before the emergences of Marcus Rashford and Mason Greenwood.

Danny Welbeck says he is just pleased to be enjoying his football again after being asked how it feels to see the likes of Marcus Rashford and Mason Greenwood breaking through at Manchester United, several years on from his emergence from the academy at Old Trafford.

The former United striker has endured an injury-plagued few seasons, with an ankle issue keeping him out for most of the 2018/19 campaign with Arsenal.

After managing 20 appearances for Watford last term, the 30-year-old has found some form with Brighton this season, scoring twice in eight matches so far.

His renaissance comes at a time when his old side is fielding a youthful attack with the homegrown talent of Rashford and Greenwood impressing.

After coming through the youth ranks at Old Trafford, Welbeck made 92 Premier League appearances for the Reds before moving to Arsenal in 2014.

When asked by Sky Sports whether he looks at the likes of Rashford and Greenwood and wonders what might have been at Old Trafford were it not for injuries, Welbeck took a considered view.

"It's part and parcel of the game," he admitted. "It's not just football, it's life. Things go your way, things don't go your way. You get injuries and you've got to deal with it. That makes you the person that you are.

"Even though it's really difficult and tough times, it's about your character and how you deal with these situations that really show who you are.

"Obviously I have missed a lot of football but it's something where, now I'm back, it makes it that little bit sweeter to be back on the pitch and enjoying playing football again."