David Moyes welcomes his former employers, Manchester United, to the London Stadium this weekend as he looks for a fourth straight Premier L... 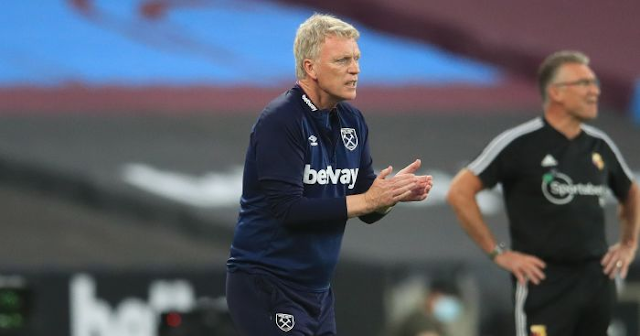 David Moyes welcomes his former employers, Manchester United, to the London Stadium this weekend as he looks for a fourth straight Premier League win.

This game was one of the major talking points on the latest episode of the ‘Big Weekend on YouTube‘ with Mark Smith and Sarah Winterburn.

Winty, in particular, had a lot of praise for Moyes, who seems to have reinvented himself at the London club.

She said: “This is pretty interesting. You’ve got the David Moyes versus Manchester United element. We’re going into this weekend with West Ham higher in the table than Man United, and probably deservedly so.

“David Moyes has hit his sweet spot here with West Ham. We forgot those years when it went wrong with Man United and when it went terribly wrong at Sunderland and he obviously had that year at Real Sociedad – he probably shouldn’t have done that, that wasn’t a great choice. Now he’s really back to what is comfortable with him.

“This is a job he did at Everton. Taking a team scattered with a little bit of talent, a little bit of magic and surrounding them with workers and players picked up from the Championship who are hungry. He can build that kind of team, we’ve seen him before at Everton. If West Ham allow him the time, he could very easily keep West Ham in the top half of the table.

“We forget he is any good at that kind of management. Over that period of time where he failed at Man United and then failed really spectacularly at Sunderland, he was probably unfairly put in that group with the likes of Alan Pardew, Mark Hughes, those kind of managers that seem to get a job whatever.

“Moyes does deserve this chance at West Ham, he did it over a prolonged period of time at Everton and he can probably do it again.”

Despite all the praise, when speaking about this weekend’s clash, both Sarah and Mark agreed that United will most likely walk away as the winners on Saturday.

Sarah added: “Man United away from home have looked a different animal to the one at home. I think you’d fancy Man United, but it’s not going to be easy.

“United played alright at Southampton, they didn’t play too badly in that first half, they didn’t deserve to be 2-0 down at half-time. But then pulling themselves out of it.