The main controversy from a  3-1 win for Manchester United  at West Ham was whether a Dean Henderson pass curled off the pitch or not. The E... 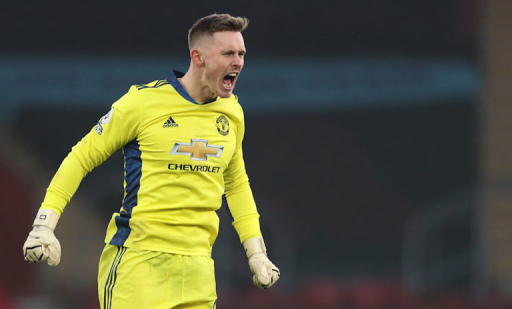 Henderson was not at fault for United’s woeful first half performance and in fact helped the Reds stay in the game. Having stepped to his right as an Aaron Cresswell free-kick swept to his left, Henderson recovered well and made an excellent save. It was one of five saves from Henderson during Saturday evening’s game.

Henderson’s passion and determination made him a fan favourite on his loan moves at Grimsby Town, Shrewsbury Town and Sheffield United. Fans of all three clubs could agree on that. The same is happening at his boyhood club, Manchester United. Henderson is genuine and fans can recognise that.

He played little at the start of the season as Ole Gunnar Solskjaer put his faith in David de Gea. Even in the Champions League, Henderson’s chances were limited. That’s changed over the last couple of weeks. Henderson was called into action away at Southampton and did exactly what was required of him to help United to a 3-2 win. The same was true as he started against West Ham. Good saves, leadership of his defence and decent distribution.

United’s first goal came from a fantastic clearance from Henderson. The ball probably did go out of play and the linesman should have spotted that. It’s a pretty big caveat. Nevertheless, Henderson's showed good vision, composure and decision-making to spot and make the pass towards the right flank. It’s a positive sign.

The presence of two excellent goalkeepers in United’s squad is encouraging. And its the ease with which Henderson has slotted into the United team which is so pleasing. There is little noticeable difference, although there is a slight contrast in styles, between a United team with Henderson and one with De Gea.

Solskjaer has been full of praise for Henderson and has managed his return from Sheffield well.

“He has come back in, he is training really well, he is maturing,” Solskjaer said recently.

“It’s a great competition between them.”

It’s likely De Gea will be back in goal for United’s trip to RB Leipzig. Solskjaer clearly still prefers the Spaniard having started him against PSG despite him having a knock.