Manchester United star Donny van de Beek has struggled to find his feet since joining the club from Ajax, but could have a bigger role goi... 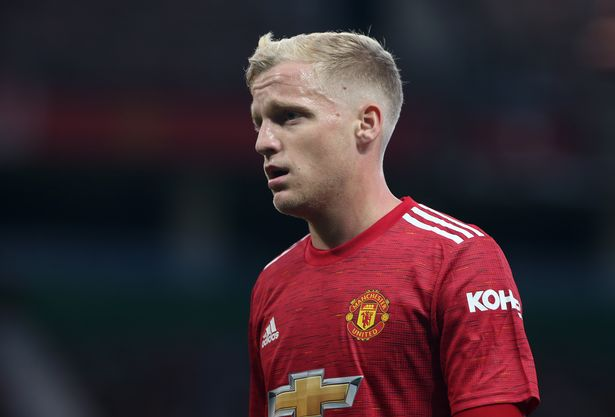 Manchester United star Donny van de Beek has struggled to find his feet since joining the club from Ajax, but could have a bigger role going forward

The Dutchman became United's biggest signing of the summer transfer window after the Red Devils forked out £40.5million for his services.

However, he's only managed to start one Premier League game, and has been restricted to a bit-part role in the league other than that.

Van de Beek started brightly, scoring on his league debut against Crystal Palace, but hasn't managed to find the net or provide an assist in the league since.

That's been a problem for Ole Gunnar Solskjaer, who explained when the deal was announced that he wanted the midfielder to provide a hefty return by way of goal contributions.

Speaking at the time of the deal being completed - before the Premier League season started - Solskjaer said: "He scores goals, and we need to add goals from midfield."

That hasn't happened though, as Van de Beek has failed to nail down a place in the United starting XI.

But the midfielder isn't fussed, and explained this week that he can provide exactly what Solskjaer is after.

He also discussed the debate around what his best position is, and explained he feels comfortable playing throughout the middle of the park.

Van de Beek said: "At Ajax I played in different positions: I played No 8, No 10, No 6. It doesn’t matter for me. Where the team needs me, I need to play.

Van de Beek came on as a late substitute as United were comfortably beaten 3-1 by Paris Saint-Germain in the Champions League this week.

They will also be without Fred for the final group game against RB Leipzig after the Brazilian was sent off in the defeat, giving Van de Beek a potential route into the starting XI.