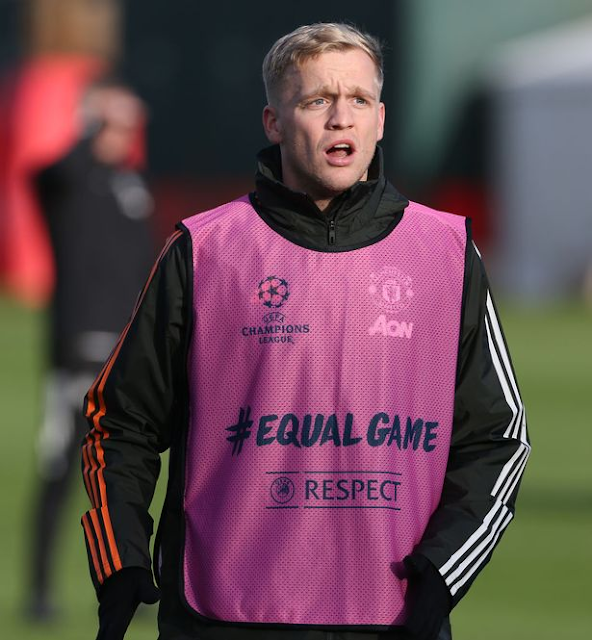 Donny van de Beek’s comments this week may come as music to the ears of Manchester United fans.

Van de Beek has been patient having signed for United during the summer, finally earning his first Premier League start at the weekend.

He helped the Red Devils turn around a two-goal deficit at Southampton as the Dutchman played the full 90 minutes.

Van de Beek was given the chance with Paul Pogba having missed the last two Premier League matches with Ole Gunnar Solskjaer not involving the Frenchman in his squad.

Many had wondered whether Van de Beek had made the right decision in leaving Ajax to join United in the summer.

When asked if there are frustrations surrounding the start to his Old Trafford career, Van de Beek said: "Oh no, I just work hard every day and I know that I can give the team something extra and help a lot. I was just patient.

"I think they understand it already because they're world-class players, so there's no difference (compared to Ajax).

So Van de Beek certainly appears happy to do what is best for the team, and that is in stark comparison to Pogba.

The World Cup winner has regularly spoke about his desire to play for Real Madrid, and used international breaks to reiterate that desire.

When Pogba is away from the restraints that he may be under at United and in the comforts of the France national team, his comments often stun Red Devils fans.

United paid £89m to bring Pogba back to Manchester from Juventus in 2016, though he has rarely put in performances matching that price tag.

Perhaps Solskjaer, Ed Woodward and co should start listening to his constant come-and-get-me pleas and cut their losses.

The likes of Real Madrid and Juventus are sure to remain interested despite Pogba’s lack of form, and potential fitness.