Dean Henderson may well be set to start for Manchester United against West Ham today. As we all know, David de Gea had to be substituted o... 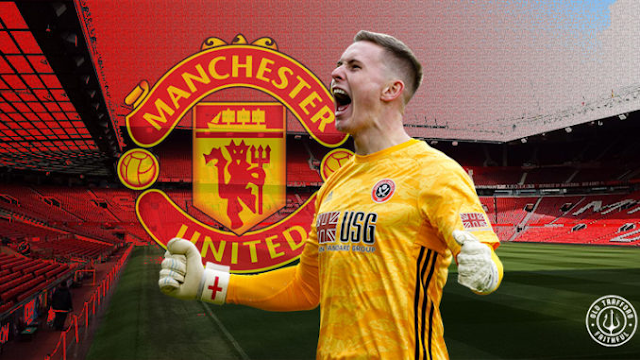 Dean Henderson may well be set to start for Manchester United against West Ham today.

As we all know, David de Gea had to be substituted off last weekend against Southampton after colliding with the post. He’d be replaced by Dean Henderson for his Manchester United Premier League debut.

The superstar Spaniard would then return for his goalkeeping duties against Paris Saint-Germain in midweek. However, there’s now an indication that perhaps De Gea still isn’t fully fit.

That’s according to the Manchester Evening News, who, in their live-blog, make a bold claim. There’s an ‘early whisper’ that the 23-year-old Henderson is set to start vs West Ham today. It would be his full Premier League debut if that turns out to be true.

In his handful of United appearances, Henderson hasn’t let us down. He’d make a couple of massive saves last weekend, while playing in both the Champions League and Carabao Cup earlier on this term.

What a huge moment this would be for Henderson if he’s given the nod here ahead of De Gea. He spent a season at Shrewsbury Town and a couple of terms at Sheffield United as he prepares for this moment.

The Englishman has definitely worked his way up the footballing pyramid the hard way, but this is a chance he’d greatly deserve. For all their faults, United have been brilliant at developing goalkeepers, while Henderson is probably the best back-up in world football.

As time goes on, though, he’s getting closer and closer to De Gea in terms of skill-level. Who knows, if Henderson does play, and plays well, it could be his job to lose from this point forward.

I’d definitely back him to do everything within his power to ensure he’s now the permanent number one. Heck, it’s why he chose to stay at Old Trafford during the transfer window, rather than heading out on loan again…