Man Utd executive vice-chairman Ed Woodward has again backed Ole Gunnar Solskjaer and insists he will be backed in the transfer market. Ma... 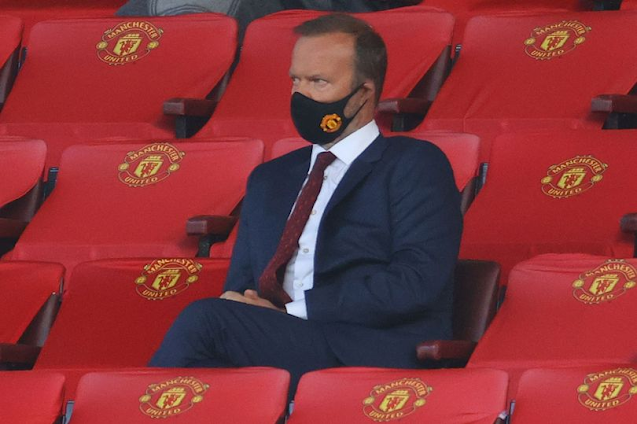 Man Utd executive vice-chairman Ed Woodward has again backed Ole Gunnar Solskjaer and insists he will be backed in the transfer market.

Manchester United officials have been encouraged by the performances of the team under Ole Gunnar Solskjaer recently as well as the "positive signs" they've seen on the training ground.

Executive vice-chairman Ed Woodward told a fans forum meeting that Solskjaer retained the faith of the club, while admitting consistency was needed to go to the next level and win trophies.

Woodward revealed that the signs on matchday and in training were helping United to continue to believe they had the right man in Solskjaer.

The United chief spoke to supporters representatives over Zoom at a fans forum meeting held on November 20 and explained why he was encouraged by what he had been seeing under Solskjaer.

"What happens on the field is clearly our top priority, and while it’s not the same without fans in the stadium, we’ve seen lots of highs since our last meeting in April, with that 14-game unbeaten run to finish third in last season’s Premier League run and great wins against PSG and RB Leipzig on our return to the Champions League this season," said Woodward.

"Of course, we recognise there’s more hard work ahead to achieve the consistency needed to win trophies. But we see positive signs on the pitch and the training ground that reinforce our belief in the progress being made by Ole, his coaching team and the players."

Woodward also addressed United's summer transfer window and insisted that the club had "delivered" on what they had set out to achieve during a window that was impacted by the COVID-19 pandemic.

He also told supporters that the club would continue to back Solskjaer, but suggested that will come in the summer transfer window rather than doing more business in January.

"I told this forum back in April that we remained committed to strengthening the squad, while being disciplined in our spending during the pandemic," said Woodward.

"I believe we’ve delivered on that, with the additions we made during the summer taking our total net spending to over €200m since summer 2019 – more than any other major European club over that period. We will continue to support Ole with a planned, long-term approach to recruitment, focused on the summer windows."

Woodward also told the forum that United were continuing to work on getting supporters back inside Old Trafford. The meeting was held before the new tiering system was introduced, allowing fans back into games in areas below tier three.

"We know that you will all be missing Old Trafford as much as our team misses you, and we are continuing to work hard with our governing bodies and the relevant authorities to ensure that fans can safely return to football games as soon as possible. It is certainly a more difficult environment for players without the fans there," said Woodward.

"Public health must always come first and we recognise that further patience will be required as society battles to keep the virus under control this winter. However, we are optimistic that the situation will gradually improve as we head into 2021.

"There are positive indications on vaccines, and we are confident in our ability to host fans in a safe, socially-distanced environment once we get the go-ahead."