Ethan Laird provided his first assist of the season for Manchester United’s under-23 side at the weekend.

Laird has barely played due to a hamstring injury suffered back in September.

His assist in the derby with City provided Facundo Pellistri with his third goal in as many games.

This was just Laird’s third appearance of the campaign.Injuries have always been his problem, not quality. His strengths were clear to see in the goal he provided.

Laird is confident running at players and getting to the byline, as he did for Pellistri’s goal.

Laird latched onto a pass from Arnau Puigmal, sold a City defender a dummy, and then cut the ball back perfectly to Pellistri.

A right-back who can attack

Laird’s contribution could not be more different to Aaron Wan-Bissaka’s display in the Manchester derby.

Wan-Bissaka lacks quality in the third and a bit of confidence too.He only attempted one cross against City, which was so bad it almost went out for a throw-in.

United paid £50 million to sign Wan-Bissaka 18 months ago and he has succeeded in making the right-back spot his own.

But his weakness in an attacking sense is highlighted frequently, and is not helped by United not having a winger in front of him.

that is why Laird’s attacking quality is something United should really look to harness – if he stay fit.

Laird has two first team appearances which came at the end of 2019, and he trained with the first team squad in July and August.

It has been a frustrating season so far for him until now, and 2021 could provide some opportunities for him, with Diogo Dalot out on loan.

United were recently linked by SkySports with Kieran Trippier. If Laird can build on this performance, there will be no need. 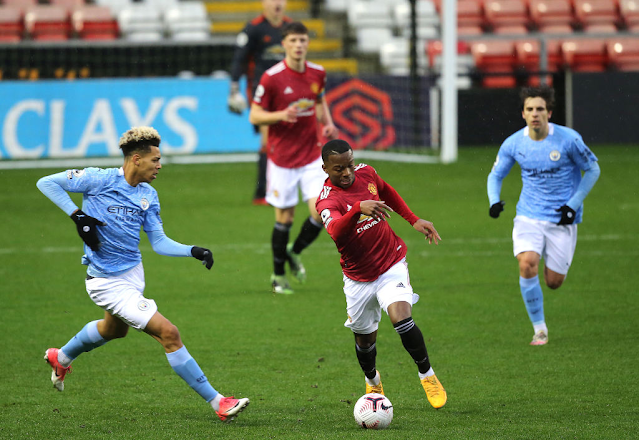