A former Old Trafford favourite has saluted the Portuguese "sensation" for his stunning impact on the Red Devils squad over the ... 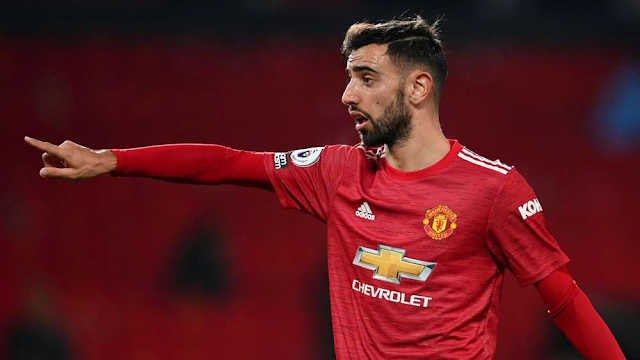 Bruno Fernandes has "transformed" Manchester United, according to Gary Neville, who feels the €55 million (£50m/$67m) midfielder has all the qualities of a club captain.

Fernandes has taken to English football like a duck to water since his big-money move to Old Trafford in January.

The former Sporting CP playmaker's first 42 appearances for the Red Devils in all competitions have yielded 25 goals and 15 assists, with his latest double coming in a 6-2 thrashing of Leeds United on Sunday.

Ole Gunnar Solskjaer's side were short on creativity and cutting edge in the final third of the pitch before Fernandes' arrival in Manchester, but his presence has helped the team re-emerge as a major force on both domestic and European fronts.

The 26-year-old has helped United rise to third in the Premier League standings this season, five points behind pacesetters Liverpool with a game in hand - the closest they have been to top spot at Christmas than in any other season post Sir Alex Ferguson's departure.

Harry Maguire has served as Solskjaer's captain ever since Ashley Young's move to Inter in the last winter transfer window, but Neville believes Fernandes has been the main driving force behind his old club's recent success.

The United legend has credited the Portugal international for leading by example with his general play and work rate off the ball, telling Sky Sports: “There’s Paul Pogba, there’s David de Gea, there’s Maguire, they’ve all been captain of the team, [Edinson] Cavani with his experience.

“He (Fernandes) is the leader in that team, leader by example. Leader by what he does when he gives the ball away, he sprints straight after it.

“He’s transformed, I’d say, the whole club from a point of view of if he doesn’t play, it’s a massive problem, and that’s a big issue when you’re almost reliant on him.

“Fernandes has been an absolute sensation at United - he’s the leader of that team and if it’s not him wearing the armband, he could be.”

Fernandes will be back in contention for a place in the Red Devils' starting XI when they take in a trip to Everton in the quarter-finals of the Carabao Cup on Wednesday, before focus shifts to another crucial Premier League encounter away at Leicester City on Boxing Day.