It’s been a common theme of Paul Pogba’s stay at Manchester United that for every moment of magic, there’s been an accompanying off-field ... 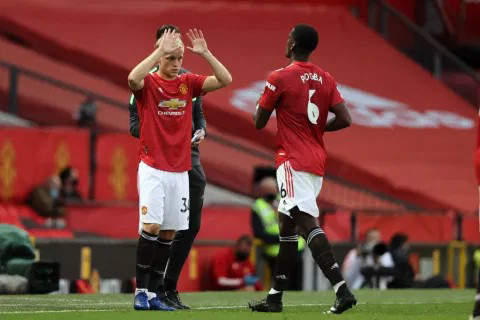 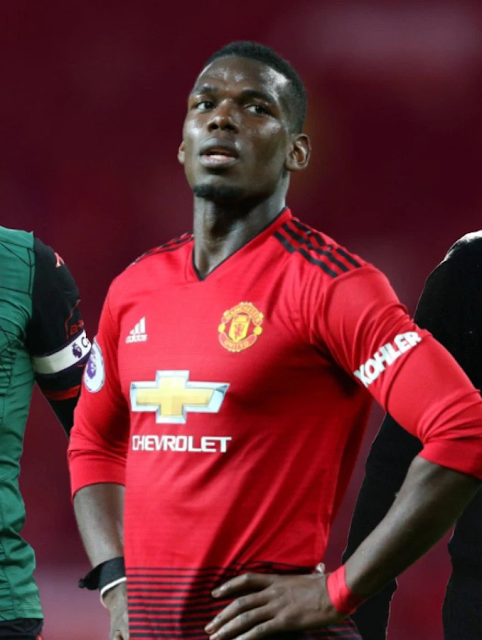 It’s been a common theme of Paul Pogba’s stay at Manchester United that for every moment of magic, there’s been an accompanying off-field drama.

stay at Manchester United that for every moment of magic, there’s been an accompanying off-field drama. In a 3-1 win over West Ham on Saturday, Pogba stroked the ball home in nonchalant fashion that few in the world could hope to replicate. Two days later, his agent – the much-maligned Mino Raiola – stirred up a media frenzy few would want to emulate. The perceived wisdom is that world-class moments like the brilliantly casual wonderstrike at the London Stadium are too few and far between – this was Pogba’s first Premier League goal for United since early July, after all – and simply not worth the hassle of dealing with the Raiola-led circus that rolls into town every few months.

Indeed, the timing of Raiola’s latest declaration of his client’s unhappiness on the eve of a do-or-die Champions League decider in Leipzig couldn’t have been worse. The show must surely stop now. Where Pogba will land next remains uncertain. United will do well to recoup the £89million fee on a player who has scored two Premier League goals in a season-and-a-half but will no doubt still command a handsome figure to let him leave. Regardless, his astronomical wages will put off most potential suitors. Which exit door he takes may be of little concern to a club who are surely now desperate to get rid, but how United go forwards without him remains of intrigue.

There’s no denying Pogba’s quality – even if it has become too fleeting in recent times – but he also bring star power to a club that is obsessed with commercial revenue. Only a handful of players boast an Instagram following greater than 42.5million.

Still, there are players out there who can do the business on the pitch even if they perhaps fall short in the social media department. So who should Manchester United consider as Paul Pogba’s replacement?

Manchester United decided against splashing £80m on Jack Grealish last summer but he’s beginning to look as if he’d be worth every penny. At times it felt as if he single-handedly kept boyhood club Aston Villa in the Premier League last season and after no solid offers came forth, he committed his future to them by signing a new £140,000-a-week deal. Grealish’s stock has risen since. He is no longer on the fringes of Gareth Southgate’s squad and instead pushing hard to be starting for England at the postponed Euro 2020 next summer, while he has produced 10 direct goal contributions (five goals and as many assists) in Villa’s opening nine Premier League matches. In his performances for England, most notably against top-ranked Belgium, he’s shown not only that he can step up to play at the highest level but he’d thrive there. The link-up between him and on-loan Chelsea attacking midfielder Ross Barkley this season suggests he could forge a similar understanding with United talisman Bruno Fernandes.

For all Grealish’s natural swagger on the ball, he does plenty of hard work off it and remains adamant his best position is as a No. 8 rather than on the left wing, where he spends most of his time in a Villa shirt.

His versatility in itself is appealing but he won’t come cheap. Villa have wealthy owners who don’t want to sell and it’s unlikely he will throw his toys out of the pram to get a move. Still, with Dean Smith’s side sliding down the table after a strong start to the season, Grealish could find his head turned if a serious bid was lodged and he could be the perfect man to fill Pogba’s boots in the summer.

A cheaper – and perhaps more poetic – option would be Eduardo Camavinga. The 18-year-old has made a splash for Ligue 1 side Rennes and, despite his young age, has already been capped three times by France. He’s taken to international football quickly. On his second appearance for his country, in a friendly against Ukraine, he scored a cute overhead kick as Didier Deschamps’ men stormed to a 7-1 win.

His performances for club and country have attracted interest from Europe’s biggest clubs. Bayern Munich, Juventus, Real Madrid and United have all been credited with interest in the central midfielder. With only 18 months remaining on his contract, Rennes are thought to be willing to cash in on the teenager who has clocked up more than a half century of appearances since making his debut at 16. A move to United and the chance to replace a player he has openly admitted to idolising may well appeal. Whether he’s immediately ready to do that is another question.

Another youngster who fits the mould is Ryan Gravenberch.

Held in high regard across Europe, he surpassed Dutch legend Clarence Seedorf – a four-time Champions League winner – as Ajax’s youngest debutant as a 16-year-old and soon became their youngest scorer. Since Donny van de Beek and Hakim Ziyech’s departures to United and Chelsea respectively, Gravenberch’s influence on the team has grown and he was called up to the Netherlands squad for the first time in November. He was the standout performer in a recent Champions League meeting with United’s bitter rivals Liverpool at Anfield and, like Camavinga, has drawn comparisons to Pogba in the past. In past interviews he’s said he and Pogba are the ‘same types’ of player, while he claimed they were both ‘snakes’ – in his words, ‘long, quite narrow and I slip along everywhere’. Like Pogba, he’s also capable of a banger from outside the area.

One unfortunate similarity United may not be able to overlook is the agent they share. While Raiola players, such as Zlatan Ibrahimovic, Romelu Lukaku and Henrikh Mkhitaryan, have come in and out of Old Trafford in the past five years – and there were attempts to add Erling Haaland to the squad last January – relations between the parties are souring, which could make any deal a non-starter. It would be a pity to hold that against the confident young Dutchman, however. He appears destined to be the driving force in one of Europe’s finest midfields.

Some may look at Ole Gunnar Solskjaer’s squad and think: why buy anyone at all?

Van de Beek was signed for around £40m last summer, while Fernandes has, in many ways, become the talisman Pogba was supposed to since bursting onto the scene in January. Pogba’s form has been so up and down this season that he’s been in and out of the side and it was particularly telling that he was among the substitutes for their crunch Champions League tie with Paris Saint-Germain a week ago.

Even with Fred – who was eventually sent off – narrowly avoiding red in the first half against PSG, Solskjaer felt it was better to stick with the Brazilian rather than bring on Pogba at half-time. The same, unfortunately, can be said for Van de Beek – who has yet to show his best form in a United shirt – but Solskjaer, publicly at least, has called for patience to be shown with the Dutch midfielder who has made three times as many Premier League appearances from the bench than he’s started. Van de Beek may effectively find himself auditioning to be Pogba’s replacement between now and the end of the season. If he steps up as Solskjaer thinks he can, there may be no need to dip into the market for a central midfielder.

To that point, it may be the case that Solskjaer sticks with his No. 1 target: the seemingly endless pursuit of Borussia Dortmund winger Jadon Sancho. Sancho, the 20-year-old who left Manchester City for the Bundesliga in 2017, has been touted as a superstar of tomorrow. He had staggeringly high returns of 17 goals and 16 assists in 32 Bundesliga appearances last season and many expected a move to Old Trafford to follow.

United’s hierarchy failed to deliver Solskjaer’s top target – and left the majority of their business ludicrously late, again – but a right winger remains high on his agenda. Perhaps sticking with Solskjaer’s initial plan is the best course of action. Sancho, whose already substantial 5.2million Instagram following would no doubt grow with a move to United, seems a ready-made superstar replacement (if that’s really a significant factor) and can actually seriously strengthen the side. For too many years, there have been last-minute changes of direction in the United boardroom regarding transfers. Maybe now is the time to follow through on Plan A.