Manchester United have beaten Wolves 1-0 at Old Trafford. Here is a look at five things we learned from the game… United’s midfield lacked... 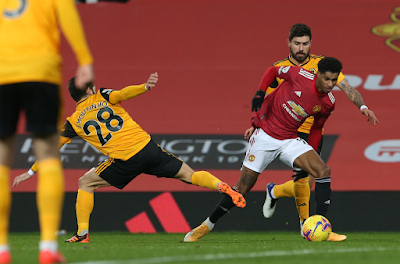 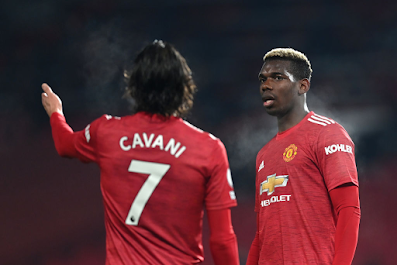 This match against Wolves was always going to be a tighter game than the 6-2 win over a tactically naive Leeds. Wolves set up defensively and got as many men behind the ball as possible.

United’s midfield of Paul Pogba and Nemanja Matic proved too passive for this kind of match. The bite of a Fred or Scott McTominay was very lacking, while Donny van de Beek was kept on the bench again.

Pogba struggled to get on the ball, makes just 29 touches in the first half compared to Matic’s 45.

He did improve in the second half, getting forward more and fizzing in one powerful effort on goal. 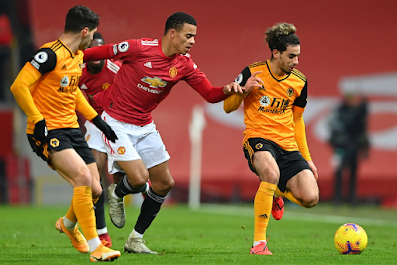 It has been a stop and start season for Mason Greenwood this campaign and the goals have not flowed quite as freely.

One of the aspects about his performance against Wolves which stood out was his work rate tracking back to help Aaron Wan-Bissaka out. This is essential if he is to win Solskjaer’s trust for a regular spot on the right wing.

His movement inside into central positions in possession showed positive intent, but it was a moment out on the right where he showed a little extra quality.

Greenwood delivered a perfect cross for Bruno Fernandes who should have scored. He needs to show more of this. He showed his crossing ability from the left last season for a counter-attacking goal away at Brighton. This is a strong aspect of his game he needs to develop with more consistency.

His problem of a lack of goals remained. He did not attempt a shot at goal amid a tight game without much space to shoot. Nonetheless, this was a decent display from Greenwood in other areas, with positives to take if you are looking for them.

United’s lack of trickery shown up

While Greenwood’s cross for Fernandes was a bright spot, it also showed up what United are missing from wide areas amid a dearth of actual wingers.

United do not have quality wide players capable of taking players on, creating space, and putting in crosses. Long gone are the days of Ryan Giggs.

While there is hope that incoming signing Amad Diallo might be able to address this, he won’t be ready to contribute right away, if at all this season.

United could really do with a top level winger capable of going straight into the first team. In games like this against teams who drop deep, the lack of wing play is badly exposed. 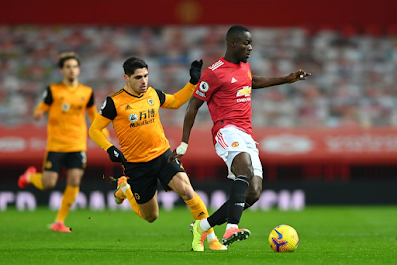 This evening they were far better and showed a good understanding, working well in tandem to close down Wolves’ attacks.

Bailly in particular was outstanding. He was strong in the air, read the game well, and posed a threat at the other end from corners.

A clean sheet without Victor Lindelof was a definite plus to take from this game, with little to get excited about from an attacking perspective.

David de Gea played a key role too, with one outstanding first half save from a Romain Saiss header. It was instinctive, and top class. 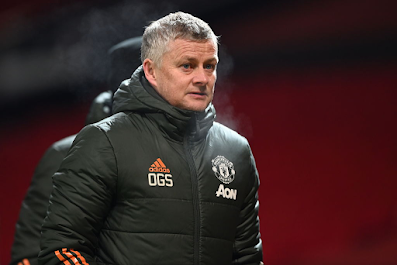 It looked like United had missed a real opportunity against Wolves. Then Marcus Rashford popped up with an injury time winner.

It was barely deserved, but we’ll take it. It came from a Bruno Fernandes ball over the top and Marcus Rashford did not make a mistake.

United are up into second place now, with a game in hand. The team head into the Aston Villa game on New Year’s Day with real momentum.

Scoring late goals is a sign of a successful team. United have belief, and it showed tonight.