Manchester United need a new right-winger with the club failing to properly replace Alexis Sanchez in the summer, and executive vice-chair... 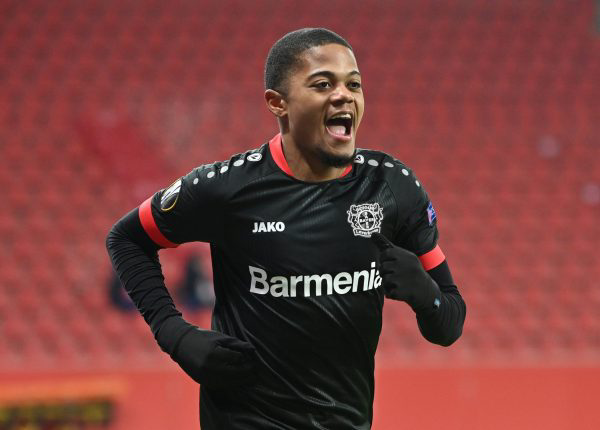 Manchester United need a new right-winger with the club failing to properly replace Alexis Sanchez in the summer, and executive vice-chairman Ed Woodward can make amends in the January transfer window.

United signed Amad Diallo and Facundo Pellistri on deadline day, but the teenage duo have yet to feature for the first team, with Pellistri starting to find his feet at Carrington and Diallo remaining with Atalanta.

Reports in recent times revealed the Red Devils remain interested in Bayer Leverkusen winger Leon Bailey, who was linked with Old Trafford in the summer.

The 23-year-old has been in prolific form since the start of the season, having supplied seven goals and six assists in 15 appearances, via Transfermarkt.

Get it done, Woodward

Sanchez left the club on a free transfer to join Inter Milan on a three-year deal, but United have struggled heavily on the right flank for a number of years now, as they have been left to pay the price for failing to properly replace Angel di Maria, who was widely considered to be one of the best right-wingers in the world prior to his arrival at Old Trafford.

Ole Gunnar Solskjaer made it clear that Jadon Sancho was his top priority in the summer, but Borussia Dortmund remained steadfast in their £100m valuation of the England international

Woodward may be best served to sanction a move for Bailey as not only would he be a cheaper alternative to the 20-year-old, as he is currently valued at €40m (£36m) via the CIES Football Observatory, but the versatile wide option would also be able to provide competition and cover for Marcus Rashford on the left wing as well.

In nine games in the Bundesliga this season, Bailey has scored two goals and supplied three assists, whilst he is averaging 2.3 shots, 1.6 key passes and 1.6 dribbles per game, via WhoScored. By comparison, even Sancho has failed to score a single goal in the top flight this term, as he averages fewer shots per game, as per WhoScored.

Bayer Leverkusen boss Peter Bosz praised the Jamaican beast for his performances last month, saying: “I see that he gets better with every game – physically, but also in terms of his football.”

Whilst Ronald de Boer once labelled him a “very rare” find due to his lighting quick speed and dynamic attributes.

This kind of physicality could give United the cutting edge on the right wing, as Daniel James has been criticised in recent weeks, whilst Mason Greenwood has only recently recovered from injury and Juan Mata isn’t getting any younger