Diego Forlan says Facundo Pellistri will get a chance in the Manchester United first team this season, but the club need to introduce him ... 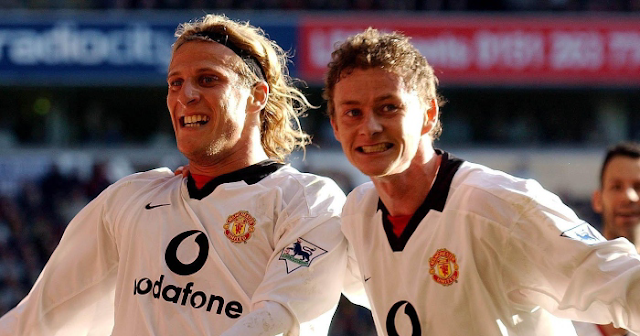 Diego Forlan says Facundo Pellistri will get a chance in the Manchester United first team this season, but the club need to introduce him “little by little”.

The 18-year-old moved to Old Trafford on transfer deadline day after United told former club Penarol he would be going straight into first team.

It hasn’t quite worked out that way with Pellistri making the bench in the Champions League but yet to make his senior debut. The Europa League could be the best thing for him and United.

Forlan worked with the teenager during his time with Penarol and has revealed United’s plans for the winger after a conversation with Ole Gunnar Solskjaer.

“I think he [Pellistri] will have a chance to play this season,” Forlan told 90min. “They are taking it little by little.

“We had the opportunity to talk when I was in Peñarol and Ole called me to get a reference for the player.

“It seemed like an ideal club for him because they were going to give him the time. Even though he could have arrived and played directly, he is a young boy, you can’t rush him, because he has conditions to continue growing and improving.

“Little by little he will get his chance. The coach will see when is the best moment [to play him], because he arrived at a club that is managed that way and that is the beauty of it.”