The Brazil international midfielder believes the Red Devils are capable of pushing themselves into contention for a domestic crown Fred ha... 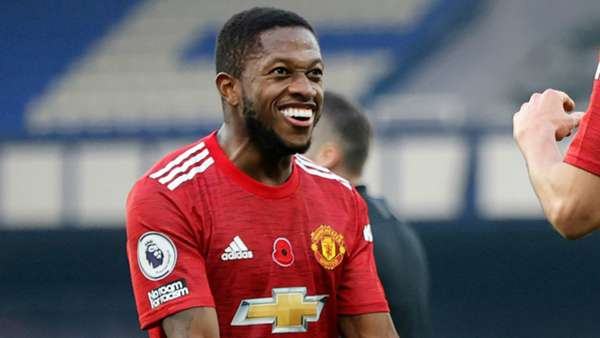 Fred has set Manchester United the challenge of hitting top spot in the Premier League and staying there, with the Brazilian of the opinion that a title challenge can be mounted by the Red Devils.

Ole Gunnar Solskjaer’s side sit ninth heading into a meeting with rock-bottom Sheffield United on Thursday, but could finish the day as high as fifth.

Victory at Bramall Lane would move the Red Devils to within five points of leaders Liverpool while still boasting a game in hand.

Plenty have been quick to talk down United’s claims to the ultimate prize, with consistency still proving to be elusive, but Fred sees no reason why Solskjaer’s men cannot reach the summit.

He told the club’s official website, with a useful habit picked up of staging stirring fightbacks away from home: “The key to coming back and winning is our concentration in every game, going on to the pitch to do our best and be decisive and to believe.

“We’re very close to the top of the table and we’ve got some big games coming up in December.

“If we can win all of them, we’ll be very close to the leaders at the top of the league or we could even take first place. So we’ll look to win every game and I’m certain our team will do everything to reach the top of the table and stay there.”

United have come through plenty of challenges to reach this point, with Fred admitting that a coronavirus-disrupted 2020 has been difficult for all concerned.

He added, with fans yet to return to Old Trafford: “It has been a difficult year for everybody, really different.

“Professionally speaking, I looked to grow and do my best here at Manchester United. There were some difficult games after the restart where I didn’t play that well, but I aimed to do my best during a difficult year.

“Personally, I think it was a year that gave us a lot to think about. Think about what we’re capable of, to be better for our families and those around us.

“It was a year full of difficulties but when we stop to think about our families alongside us, we see that we have this affection from everybody to be close by, to be at home and closer to our families, so it’s been a really important year.”