There is good news for Manchester United fans as the 24-man squad for the Champions League tie with Paris Saint-Germain at Old Trafford ha... 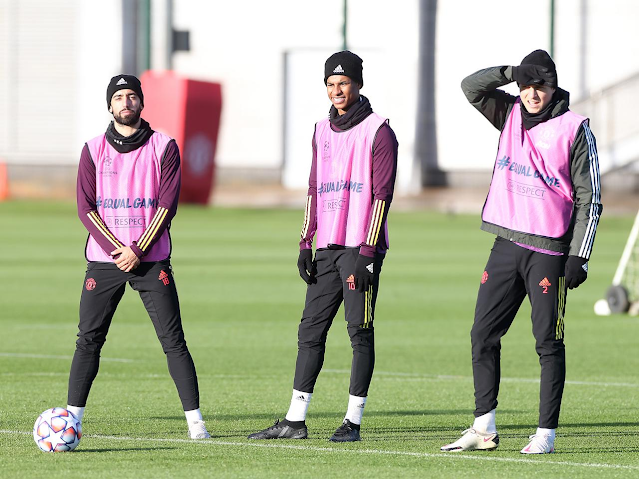 There is good news for Manchester United fans as the 24-man squad for the Champions League tie with Paris Saint-Germain at Old Trafford has been released.

David De Gea, Eric Bailly, Alex Telles, Jesse Lingard, Paul Pogba, Scott McTominay and Anthony Martial are all available for the Group H tie as the Reds seek the positive result that would send us into the knock-out stages of the competition with a game to spare.

De Gea was withdrawn at half-time during the win over Southampton on Sunday but has been passed fit, while Telles is also fine, despite suffering some discomfort in his groin as he was substituted.

Bailly, Lingard, Pogba, McTominay and Martial have all proved their fitness after injury or illness to leave Ole Gunnar Solskjaer spoilt for choice when it comes to options for his XI.

Ole admitted Edinson Cavani is “champing at the bit” as he hopes to line up against his former club after leaving Paris earlier this year. With his two expertly taken headers at Southampton taking his goal tally to three for the Reds, he will be eager to find the net at Old Trafford for the first time.

There are certainly a number of key decisions for the boss to make with regards to his line-up, including the formation and how he sets his team up to, hopefully, enjoy a similar result to the one achieved in the French capital, where goals from Bruno Fernandes and Marcus Rashford secured a 2-1 victory and the perfect start to life in the group.

Axel Tuanzebe, who started that win in defence, is unavailable due to suspension after picking up three yellow cards in the competition.