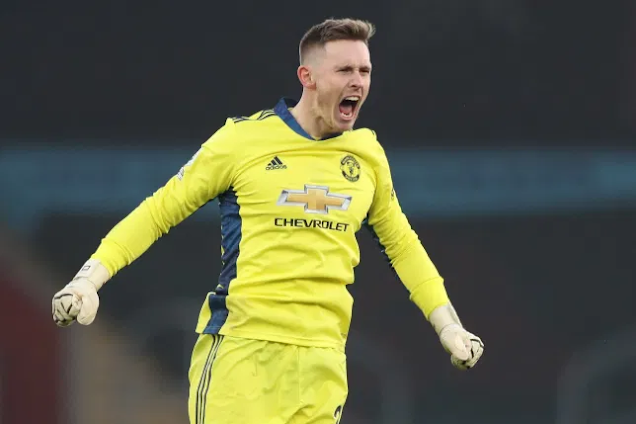 The 23-year-old looked set to challenge De Gea for his No.1 role following his impressive performances for Sheffield United over the past two seasons. But since returning to Old Trafford, Henderson has started just three games for United, with De Gea remaining as Ole Gunnar Solskjaer’s preferred choice in the Premier League and Champions League. Neville has praised Solskjaer for deciding to stick by De Gea during his poor run of form last season and feels Henderson is not yet ready to replace the Spaniard.

‘I think De Gea is the No.1 as Henderson has a lot to do in my mind,’ Neville told Viaplay Fotball. ‘I don’t get carried away by a young and talented goalkeeper at Manchester United. 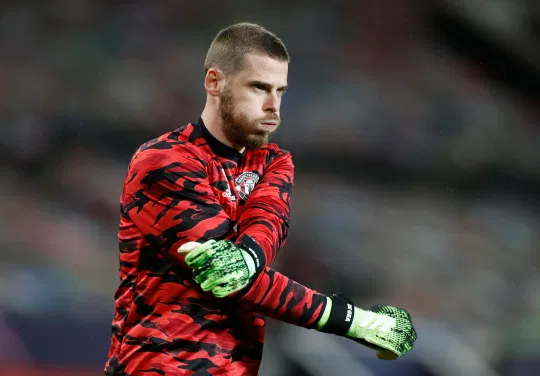 ‘I’ve seen it before over the last 25 years where there have been young and talented goalkeepers who have threatened to come in but to stand in those goals at the club, in particular when fans come back into the stadium, then they are big, big boots to fill. ‘Only Edwin van der Sar and Peter Schmeichel have filled those boots in my time, while David de Gea has now. ‘I think he’s [De Gea] probably been better this season. I was nervous about him towards the end of last season and I think even Ole would’ve been looking at him and thinking ‘you’re not far away from being left out’.

‘But I think now he’s stuck with him, which I think is the right thing to do. ‘If you’re going to take someone like him out then you have to make sure that you’re absolutely certain because once you take him out of the team you really are moving his confidence away and he may as well leave the club. ‘For me, I think it’s exciting that Henderson is coming through but I reserve my judgement on whether he can become somebody who can go in Manchester United’s goal in the next 10 years.’ Follow Metro Sport across our social channels, on Facebook, Twitter and Instagram.