The 23-year-old Brighton defender and holding midfielder was previously sought after by Leeds United and Liverpool reportedly showed an in... 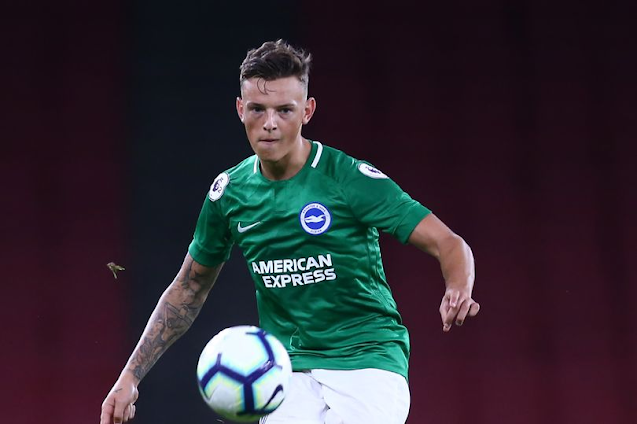 Graham Potter says Ben White has not had his head turned by the mounting transfer speculation linking him with a move away from Brighton.

Despite this being the 23-year-old's first season in the Premier League, the defender is reportedly being sought after by Manchester United, Chelsea, and Tottenham.

This follows on from when Liverpool were reportedly keeping tabs on him due to the Reds missing centre-backs Virgil van Dijk and Joe Gomez to long-term knee injuries.

And before that Albion rejected three bids of £18.5m, £22m, and £30m from Leeds United, following his hugely successful spell at Marcelo Bielsa's side in their Championship winning season last term.

At today's pre-match press conference ahead of Monday's home game against Southampton, the Brighton boss was asked about whether or not the transfer speculation had distracted the versatile White, who has also played in defensive midfield this term.

In response, Potter replied: "I have no worries about Ben getting his head turned at all.

"He is a level-headed guy and he wants to play football at the very highest level.

"He gets down with his work. He was totally professional in the summer despite the noise outside which you cannot control.

"He is a smart guy. We will try to help him enjoy his football as that is the most important thing."

Before this season, White had only played twice for the Seagulls back in the 2016/17 season as a teenager, and that was in two Carabao Cup matches.

This season he has played 11 times in all competitions and is seeming to grow with every game that passes.

White has a game built on distribution, mobility, and spatial awareness, but he is not as strong in the air.

He also played in the holding midfielder role in Kalvin Phillips' absence while on loan at Leeds last season, where he had an 84% completed pass rate.

According to Opta statistics, White was fourth in the Championship for interceptions each game among players with over 800 minutes played, with 2.57.

A Sky Sports report stated that White is the Premier League's fourth-best performing centre-back, behind Kurt Zouma and Thiago Silva of Chelsea and Arsenal's Gabriel, according to digital scouting service Wyscout.