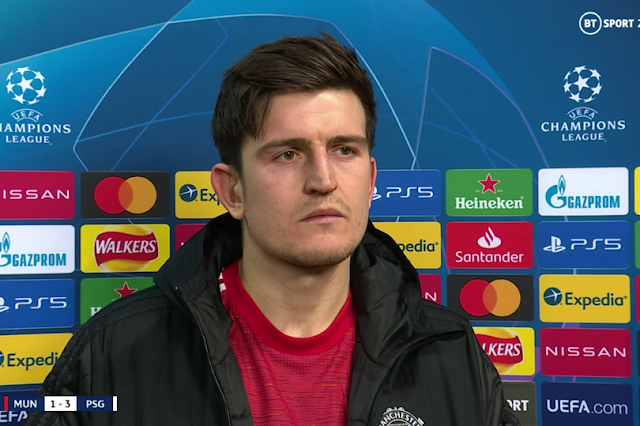 Man Utd midfielder Fred was sent off during the Champions League defeat to Paris Saint-Germain on Wednesday night.

Manchester United captain Harry Maguire believes Fred was unfortunate to be sent off for a second booking in the Champions League defeat to Paris Saint-Germain.

Ole Gunnar Solskjaer's side fell to a 3-1 home defeat on Wednesday night as a brace from Neymar and a goal from Marquinhos gave the French side all three points at Old Trafford.

United's misery after Marquinhos struck on the hour mark to give PSG a 2-1 lead was compounded by Fred's red card seconds after United kicked off for a challenge on Ander Herrera.

The Brazilian midfielder was already on a yellow after his altercation with Leandro Paredes in the first-half and fortunate to have avoided a straight red, but Maguire believes his teammate was unlucky to be given his marching orders in the circumstances he was.

Vote for your man of the match against PSG

“It’s strange how he gave a yellow card [in the first half],” he told BT Sport. “It’s either a red card or nothing. It’s not a yellow card [in the second half]. He wins the ball. I was two yards away, the linesman was five yards. Everytime you go to the floor - especially in Europe - you get a booking.”