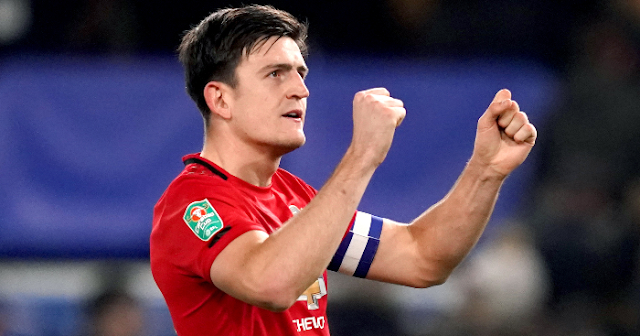 United will seal their place in the round of 16 if they avoid defeat to Leipzig. But a return to Europa League action awaits in 2021 should they falter against a side thumped 5-0 at Old Trafford in October.

Asked if it was unacceptable for a club of such stature to fail to get out of the group, United captain Maguire said: “Well, of course we expect to go through in the group.

“Whatever teams you put in our group, any four teams, we expect to go through.

“We expect to go into every game and win the game – that’s the tradition and that’s what the club does.

“I think, as a group of players especially, we fully expect to get out of the group.

“We took it to the last game. We’re in a good position, we’re confident and we look forward to the game.

United rarely do things the easy way – as manager Solskjaer knows better than most – but so often down the years they have prevailed.

Maguire relishes such high-pressure games and takes belief from July’s crucial win at Leicester that sealed qualification for this Champions League campaign.

“First and foremost, I joined this club to play in the biggest games possible,” the world’s most expensive defender said.