Ole Gunnar Solskjaer is tipping Anthony Martial to develop into a key player for Manchester United in the coming weeks and months following ... 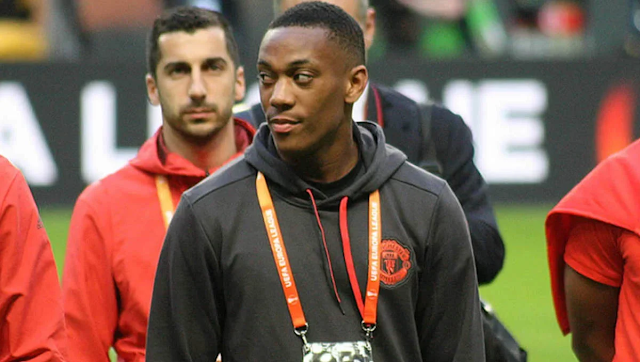 Ole Gunnar Solskjaer is tipping Anthony Martial to develop into a key player for Manchester United in the coming weeks and months following his recent good form.

The 25-year-old France international has been a regular fixture in the Manchester United team this season and he had scored two goals and made four assists in the three games before the Red Devils’ clash with Leicester City on Boxing Day.

Martial has also netted four goals in the cup competitions for Solskjaer’s men this season as he looks to prove his worth to Solskjaer this term.

Solskjaer has admitted that he has been delighted by Martial’s good form for the Red Devils in recent games and he is tipping the French forward to enjoy a strong 2021.

Speaking in an interview before Manchester United’s clash with Leicester on Boxing Day, Solskjaer said: “Anthony has made some important contributions lately – assists, he’s scored goals, and he’s getting fitter, as he showed against Leeds.

“And he knows that I’m going to be on to him about it now. His running stats from that game sets a new standard for him, which I want to see more often from him.

“He’s always going to have the quality. Maybe his confidence was bruised a little by what happened early on in the season with the red card, and he’s had some criticism.

“But he’s going to get better and better from now on. When we get Marcus Rashord, Mason Greenwood and Anthony firing on all cylinders together, we’ll be an even bigger threat to other teams.”

Martial will be hoping to feature for Manchester United when the Red Devils take on Wolves at Old Trafford on Tuesday night in their next Premier League game.

Manchester United will then take on Aston Villa at home on New Year’s Day as they look to make a winning start to 2021.