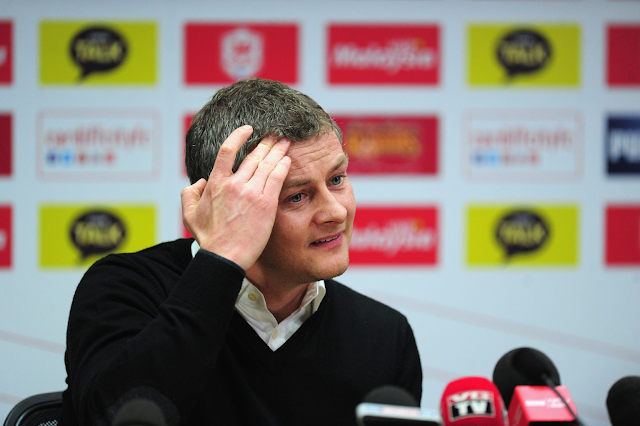 Manchester United manager Ole Gunnar Solskjaer was visibly ecstatic after his players once again came back from behind to beat West Ham United on Saturday.

West Ham United, managed by former United boss David Moyes, took the bull by the horns in the first half. The Hammers were the dominant side and went into the half a goal to the good.

It would be fair to say they deserved it after a lethargic performance by United. However, Solskjaer’s substitutes once again did the trick as United came back to score thrice in the second half.

The comeback was reminiscent of our second-half turnaround last weekend against Southampton where we came back from two goals down. Having got the result he desired, Solskjaer could not help himself from making what was in fairness a poorly thought-out attempt at humour.
“Last week we were 2-0 down at Southampton, today it was only 1-0 so that’s a step forward!”

While it is all fun and games when things are going your way, we would suggest holding onto jokes until the team starts showing tangible progress.

Despite getting the result, United were largely outmatched for large sections in the game. In fact, we would also argue that the side was lucky to go into the break just a goal down.

Unfortunately, it has become a common trend, half-baked performances rescued by moments of magic by individual players.

Our luck will not always hold out and it is time we start taking initiative from the word go. We next face RB Leipzig in an encounter of huge importance midweek. Hopefully, Solskjaer’s comments will not come back to bite us.