Manchester United are reportedly set to beat Chelsea for the signing of Ecuadorian teenager Moises Caicedo, with the midfielder set to com... 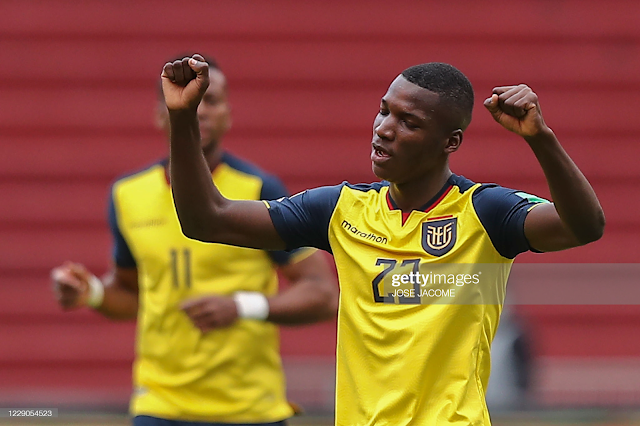 Manchester United are reportedly set to beat Chelsea for the signing of Ecuadorian teenager Moises Caicedo, with the midfielder set to complete his medical.

According to a report from Ecuadorian publication Diario Expreso, as carried by the Daily Star, Manchester United are poised to complete the signing of 19-year-old midfielder Moises Caicedo, in the process beating Chelsea’s late attempt to hijack the deal

The teenage sensation came through the youth setup at CD Espoli and Colorados SC before switching to the Independiente del Valle academy. Having risen through the youth ranks, Caicedo broke into the senior team last year and featured three times, but has become a regular in the ongoing season.

During the 2020 campaign, Caicedo has made 28 appearances for the Independiente del Valle first-team, scoring six goals and assisting two more. His exploits in Ecuador haven’t gone unnoticed, as Manchester United took a keen interest in the midfielder, along with the likes of Newcastle United and Brighton & Hove Albion.

Chelsea, too, were believed to have registered a late interest in the 19-year-old, with the Blues’ scouts reportedly holding discussions with intermediaries over the possibility of a transfer. However, it seems like Manchester United have trumped Chelsea and other interested parties to Caicedo’s signing.

As per the report, Manchester United have reached an agreement with Independiente del Valle over a transfer fee of £4.5 million. And, it is also claimed that Caicedo is set to complete his medical, with the teenager signing a five-year contract with the 20-time English champions.

Should the deal go through, Caicedo would be expected to arrive at Old Trafford in the January transfer window. However, there could be some issues concerning his work permit to play in England due to his age and appearances in South America.

Manchester United are already set to welcome another teenager in the New Year, with Amad Diallo set to join from Serie A side Atalanta, having completed a transfer back in the summer itself. And, Caicedo, could potentially be the second young player to come through the doors at United next month, provided there are no late hiccups.

Someone who can play as a defensive midfielder as well as a No. 8, Caicedo has been tipped for great things in South America. With there being uncertainty surrounding the future of Paul Pogba and given Nemanja Matic’s age, strengthening the midfield department with the teenager’s signing could prove to be a smart move by Manchester United.