The Hammers will be able to welcome back up to 2000 fans on Saturday evening for the 5.30pm kick off at Stratford West Ham will welcome back... 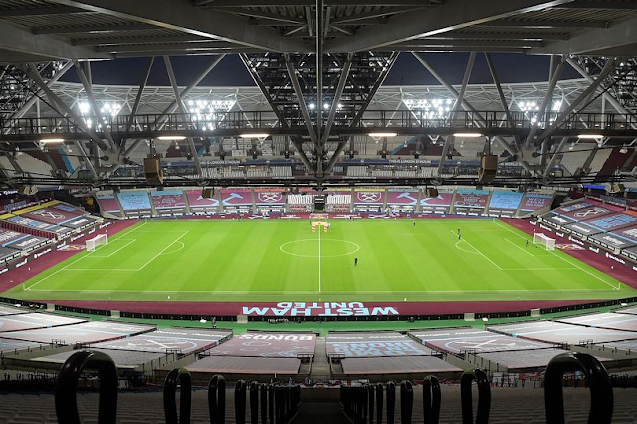 The Hammers will be able to welcome back up to 2000 fans on Saturday evening for the 5.30pm kick off at Stratford

West Ham will welcome back up to 2000 fans when they host Manchester United on Saturday night, the first Premier League match that will have spectators in attendance for more than nine months.

After the first national lockdown in March, football resumed behind closed doors and has continued that way into the 2020/21 season where the opening ten games have been played with no fans in attendance.

But after the new coronavirus restriction tier system came into force on Wednesday and with London being placed in Tier 2, up to 2000 Hammers fans will be inside London Stadium for the first time this weekend since March.

Season ticket holders who paid for their 2020/21 ticket in full were automatically entered into the ballot to be one of the lucky 2000 and they will know by Thursday whether they have been successful or not.

But where will those supporters be sat?

The Billy Bonds Stand Lower tier at London Stadium, opposite the dugouts, will be used as well as a section of the west stand to maximise the social distancing that will allow the spectators to be able to file in to the stadium to watch the match against Ole Gunnar Solskjaer's side.

The Billy Bonds Stand lower tier is in what is known as the “Green Zone” which means that supporters will be able to sit there safely and guidelines can be followed. Only players, the coaching staff and select broadcast personnel are allowed in the “Red Zone” while oter areas of the media such as radio braodcasters and the written press, plus other club representatives, are housed in the “Amber Zone” in Stratford.

Fans who need accessible seats will be housed in the West Stand, which will become its own Green Zone if those seats need to be used.

Even if supporters are arriving from the same household bubble then they will have to remain socially distanced while inside the stadium.

According to the Daily Mail, supporters inside the stadium will be allowed to consume alcohol but only in concourses and have to be sat down at a table though they don't have to order food like the usual Tier 2 restrictions.

“With our supporters in mind, David Moyes and the team have started the season strongly, while we would also like to thank our staff who have worked and continue to work extremely hard behind the scenes to ensure our readiness for the moment we were able to welcome supporters back in a safe and enjoyable environment for all.”

Those fans in attendance on Saturday will watch a Hammers side bang in form. David Moyes’ side have lost just one of their last eight Premier League games and secured a third successive win in a row on Monday night by beating Aston Villa 2-1 thanks to goals from Angelo Ogbonna and Jarrod Bowen.