Manchester United will once again look to invest in the transfer window as they want to push for the Premier League title. Goalkeepers One... 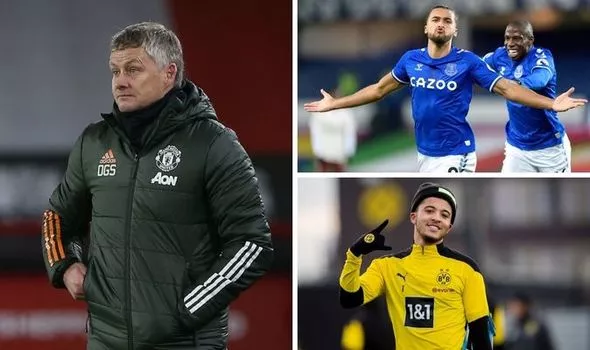 Manchester United will once again look to invest in the transfer window as they want to push for the Premier League title.

One position which doesn't need strengthening is the goalkeeper with David De Gea and Dean Henderson two strong options for Solskjaer.

Sergio Romero could leave the club though after falling down the pecking order at Old Trafford.

United want to bring in a right-back with Kieran Trippier linked but his 10-week ban for breaking betting rules will mean plans will need to change.

Other players linked are Raphael Varane and Dayot Upamecano but they would only be possible in the summer with the price tags attached.

Marcos Rojo and Phil Jones are surplus to requirements and are likely to leave in the January transfer window.

He is seen as a logical replacement for Paul Pogba should the World Cup winner leave the club.

United have also not given up on Jadon Sancho although any deal would likely take place in the summer transfer window.

Jesse Lingard could be on his way out of Old Trafford as he has fallen down the pecking order.

Erling Haaland remains the top target for the Red Devils but Everton and England ace Dominic Calvert-Lewin is also under consideration.

Calvert-Lewin could join the likes of Marcus Rashford, Mason Greenwood, Anthony Martial and Edinson Cavani as an option for Solskjaer.

The England star could cost as much as £75m though.

Odion Ighalo will return to the Chinese Super League after his loan spell at the club.