How Manchester United should line up vs Man City

Manchester United can bounce back from their Champions League disappointment with a win in today's derby against City.

United were demoted to the Europa League following the defeat against RB Leipzig in mid-week and Ole Gunnar Solskjaer is keen for his squad to respond when they welcome Pep Guardiola's side to Old Trafford.

The Reds won both Premier League meetings against the Blues last season and haven't won three consecutive league fixtures against their rivals since between November 2008 and April 2010.

However, City have an excellent record at United's home ground, winning seven away league games.

There is no debate or dilemma over the goalkeeper: it has to be Dean Henderson. It was startling Solskjaer withdrew two defenders with United 3-0 down in Leipzig as though they should be guaranteed of starts. Aaron Wan-Bissaka gets in on the strength of his duels with Raheem Sterling but Victor Lindelof doesn't. Luke Shaw or Alex Telles is much of a muchness after Tuesday night but Shaw has the experience.

Fred has to come back into the trusted triumvirate with Scott McTominay and Bruno Fernandes. Mason Greenwood has earned a first league derby start and Edinson Cavani is a more suitable striker for the occasion than Anthony Martial, on current form.

Solskjaer's biggest decision on derby day might be in goal, with De Gea under pressure after hardly covering himself in glory for RB Leipzig's third on Wednesday. Henderson's time has to come.

The back three flopped in Germany and United should revert to a back four. That makes left-back the one big area for selection and Solskjaer's criticism of Telles might mean Shaw gets the nod and his better defensive work could be valued against City.

It feels like Fred and McTominay are musts in midfield against Guardiola's side, offering a better shield to the back four and a more physical presence in a key midfield battle. Fernandes is undroppable and will relish the chance to outshine De Bruyne.

In attack the clamour for Cavani, if fit, is understandable, but United's successes against City last season were built on pace and rapid counter attacks. It feels like City have improved in that area this season, but there's no harm in putting that to the test early on.

De Gea's performance against Leipzig is further evidence that Henderson deserves an opportunity to stake his claim for the No.1 shirt. He's unlikely to get his chance against City as Solskjaer continues to bizarrely keep faith in De Gea. 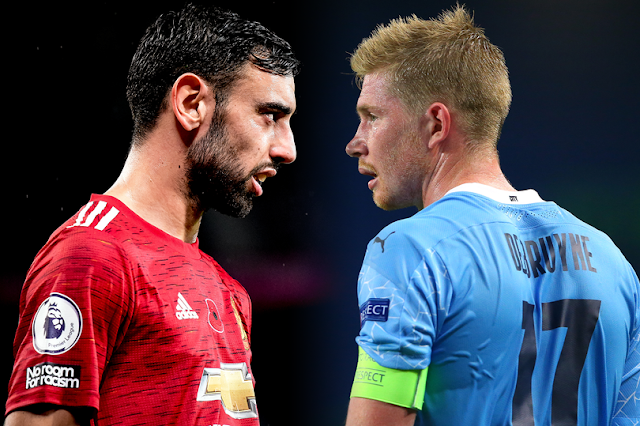