How to Create Folders on iPhones and iPads

Folders help you to store digital documents or files on your device. Some other people may also refer to folders as Directories. Folders enh... 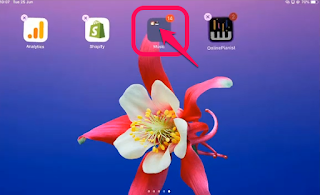 Folders help you to store digital documents or files on your device. Some other people may also refer to folders as Directories. Folders enhance order and help you categorize your apps.

It is essential to create folders to get your apps on iPhones or iPad organized. When they are well organized, it not only looks good but speaks well about you, the owner in the eye of any beholder.

When you create folders for the different apps you use, you can easily access such apps without searching around the device to locate them. Apps with close similarities can be placed in one folder 📂.

To get started, let me assume among the different apps on the iPad; you have the “Music” and the “Video.” To place these apps into one folder, you need to create one. To do that,

Tap and hold any of the apps you want to create the folder. This will automatically animate all the apps on the screen to allow you to carry out further actions, as shown in the diagram below. 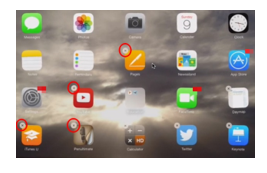 Once that is done, tap and hold one of the apps.

Drag such an app into another one you want to be in one folder.

That will automatically create a folder. You can move other related apps into the folder created.

You can change the name of the folder to reflect the apps placed inside it.

To rename the folder, tap on the app’s already existing name in which other apps were moved. This will get the existing name deleted, allowing you to edit and replace it to reflect what you want.

When done, hit the home button to return the screen to the normal position.

To move any app away from the folder and delete the folder:

Tap and hold the app you want to remove; this will highlight all the apps inside the folder.

Drag the app outside the folder to remove it.

Again, from the folder, take away every other app in it.

When all the apps are taking away from the folder, it disappears. That is how to delete the folder.